NGO’s and activists in Nigeria have condemned the threats made by the Director-General of the National Council for Arts and Culture [NCAC], Otunba Olusegun Runsewe against Nigerian transwoman Idris Okuneye publicly known as Bobrisky. 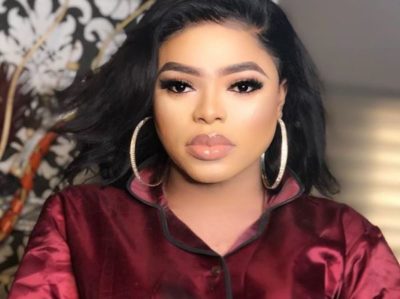 The joint statement which was signed by various Nigerian human rights organizations and activists was released today October 24.

In the statement, the organizations and activists condemned the harassments and threats made by the Director-General of the [NCAC], Otunba Olusegun Runsewe against Bobrisky a former Nigerian cross-dresser who now identifies as a transwoman.

Their main concern is that the inciting statements made against Bobrisky by Runsewe are capable of promoting hate and intolerance, and a violation of her human rights.

It can be recalled that last week at a protest carried out by some homophobic Nigerian youths which were organized in Abuja by the National Youth Council of Nigeria (NYCN) north-central region, Runsewe publicly pledged his support to fight Bobrisky and LGBTIQ+ Nigerians.

Actions such as that of Runsewe’s and others causes serious harm and further endangers the lives of LGBTIQ+ folks in Nigeria who are already vulnerable and prone to violent homophobic attacks, hence the need to call for an end of such actions and discriminatory behaviors.

Read their full statement below:

Nigeria, 24 September 2019 – We, the undersigned persons and organizations, dedicated to advancing and advocating for the human rights of Nigerians hereby declare our support for Bobrisky Idris Okuneye in the face of the harassments and threats being made by the National Council for Arts and Culture (NCAC). The Director General of the NCAC, Otunba Olusegun Runsewe, has continuously made inciting statements about Bobrisky, aimed at promoting hate and intolerance.

Runsewe made his first threat in August 2019 in an interview with The Vanguard Newspaper where he stated that: “If he (Bobrisky) is caught on the streets of this country, he will be dealt with ruthlessly”.  Weeks later, after Bobrisky’s birthday party was shut down by armed police men, Runsewe indirectly claimed credit for the operation and said: “We are going to issue a statement very soon; if we catch anybody on the street disgracing this country — there is law and order in this country.” In another statement, he declared that Bobrisky ought to leave Nigeria.

Runsewe’s actions are a violation of the Fundamental Human Rights of Bobrisky; rights which are guaranteed to every citizen of Nigeria. The stated mission of the NCAC according to its website is “The National Council for Arts and Culture shall be dedicated to the development and promotion of the best of the living Arts and Cultures of Nigeria, using it as resources for National integration and Unity as well as to serve as catalyst for sustainable growth and development of the Nation.” By dedicating so much time into harassing and threatening a citizen of Nigeria who has not committed any crime, Runsewe is stepping out of his role and wasting taxpayers’ time and government resources. He is endangering Bobrisky, and putting Bobrisky’s life and wellbeing at risk. We condemn the actions of Runsewe and the NCAC and urgently call on the Federal Government to put an end to the harassment and threat to life of Nigerian Citizens by a Federal Agency that is funded by taxpayers.

The Initiative for Equal Rights (TIERs)

International Center for Advocacy and The Right to Health (ICARH)

Eduation as a Vaccine (EVA)