It’s too bad that so many Nigerians believe the sort of nonsense packed into a recent article in the Nigerian magazine Realityz. 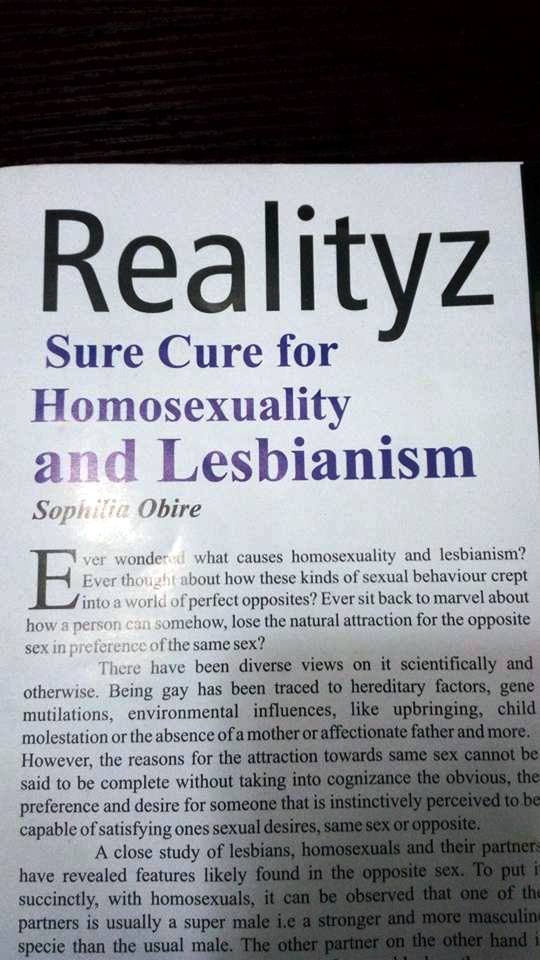 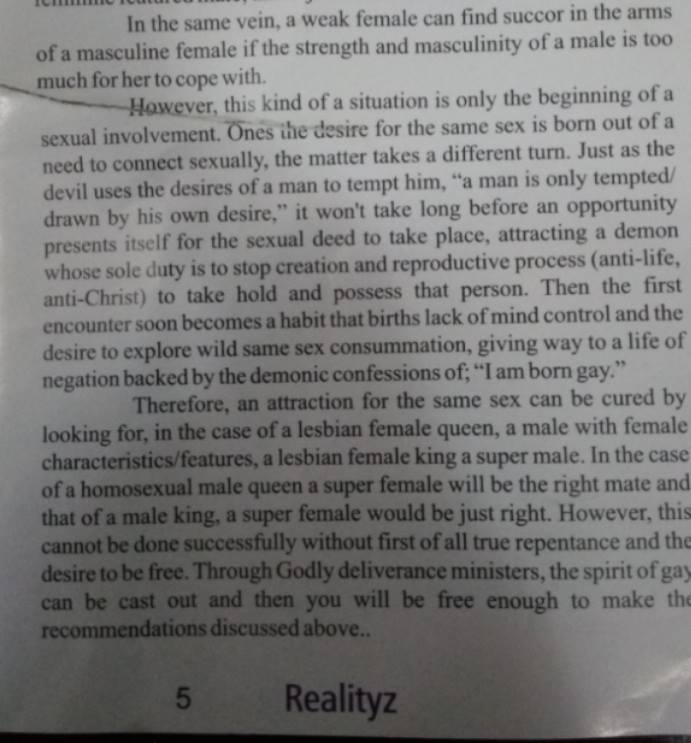 The article is titled “Sure cure for homosexuality and lesbianism.”

The baseless article is written by one Sophilia Obire, who clearly does not even understand what it means to be gay.

For starters, the article erroneously suggests that homosexuality is all about sex and that the reason people are gay is because they are only looking for people who will satisfy their sexual desires.

Obire also ludicrously suggests that lesbians date women who appear physically strong and masculine because they fear having a relationship with men who are too masculine and strong.

Next, the writer throws in some religious sentiments and jargon, claiming that homosexuality is caused by a demon whose aim is to put an end to human reproduction. She calls homosexuality “anti-life and anti-christ.”

In the end, Obire offers tips on how to “cure” homosexuality that are just as foolish, baseless and factless as the rest of the article. For example:

The whole article is written by someone who lacks a clear understanding on the subject. It is a shame that people choose to write on sensitive topics like these without doing proper research. The end result is a complete joke, but it’s not a funny joke because it deceives many readers.