An attempt by African countries to delay the appointment of the first-ever UN expert on LGBT rights was defeated on Monday, which means that investigations into anti-gay violence will proceed. 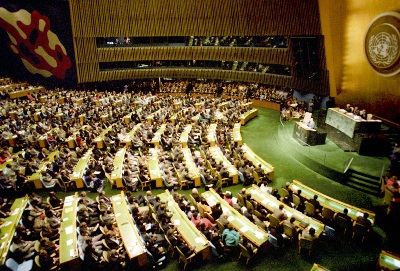 A draft resolution demanding talks on the legality of the new expert’s mandate had been put forward by the African group of countries in the General Assembly’s human rights committee.

The measure however was gutted of its key demand when a group of Latin American countries presented an amendment deleting the request to delay the appointment.

South Africa broke ranks and voted in favor of the amendment, while European countries, the United States, Canada and South American countries also voted to maintain the expert in his post.

Somalia and Rwanda abstained. China, Russia, Iran and Saudi Arabia were among the countries that supported the African bid to suspend the appointment.

That appointment was agreed following a stormy debate that also saw several African states vote against the decision.

The measure is now expected to go to the General Assembly for a vote, but it is unlikely that the bid to block the LGBT expert will be revived.

A total of 73 countries — almost 40 percent of all UN members — still have laws on their books making homosexuality a crime.

In Africa alone, 33 countries have anti-gay laws including Uganda, Nigeria, Sudan and Mauritania.