Homosexuality Began In Africa, Not The West! 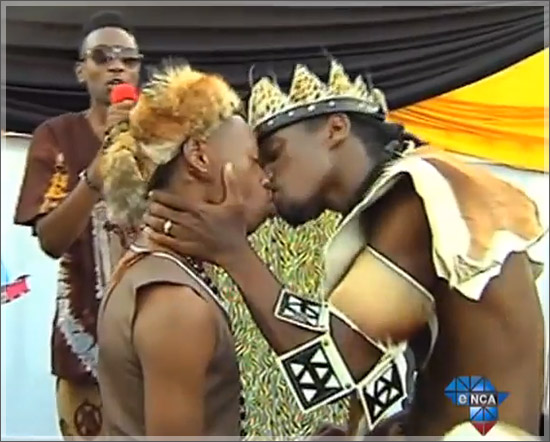 The view that homosexuality is alien to Africans has been widely propagated by several traditional and faith leaders, and even great sons of Africa that topped or continue to top the echelons of African political leadership like Robert Mugabe of Zimbabwe, Sam Nujoma of Namibia, Yoweri Museveni of Uganda, and the late Bingu wa Mutharika of Malawi, to mention only a few of them. 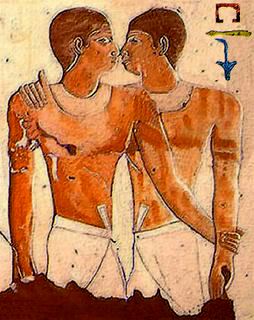 Secular history shows that homosexuality was practiced in Ancient Egypt about 4500 years ago. The first human homosexual couples on earth lived in the Egyptian city of Saqqara in 2400 BCE. Their names were Khnumhotep and Niankhkhnum. They were manicurists who served in the palace of the Pharaoh, and according to Egyptologist Greg Reeder, they were among the privileged few who could actually touch the Pharaoh. Given the years of the homosexuality between Khnumhotep and Niankhkhnum, these two gentlemen practiced homosexuality 500 years earlier than the famous Biblical homosexuals of the city of Sodom whom God burned in Genesis 19.

however, even going by Biblical history, the people of Egypt might still be the first to practice homosexuality, because despite practicing it at the same time with Canaanites of Sodom and Gomorrah, it is important to remember that Egypt was the political and military superpower of these ages, and did Colonize even territories of Canaan, in which case, much of the culture of Canaan was influenced by Egyptians. Therefore, Canaanites might have copied homosexuality from Egyptians. 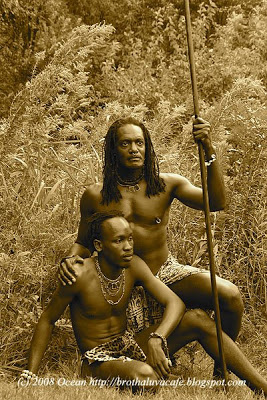 In South Sudan too, there was institutionalized homosexuality among the Zande people. The homosexuality was pederastic (between boys and men). It was practiced until around the 1850s and it was brought to the global spotlight by a renowned British Anthropologist E.E Evans Pritchard who visited the Zande community in person, and document the pederasty.

I have only given a few incidences just to show that even before Europeans began to get civilization, Africans had already discovered homosexuality, and they practiced it for thousands of years before the Europeans came to Africa. And throughout the thousands of years, there is no recorded evidence that the homosexuality was criminalized, or that there was homophobia.

My argument therefore, is that if Africans and of course the government of Malawi must fight against the gay rights revolution sweeping across the continent and mounting up within our very country, we must get our facts straight, and understand the truth about homosexuality, not promoting heresies. We must first stop living in denial that homosexuality is not African, and address it as a reality not a mere western concept or ideology, because like the Human Rights activist, now Prophet, or Apostle, Undule Mwakasungula challenged in his recent article on Nyasa Times “pro-gay rights movements and supporters are very strong, vibrant, solid and well connected. They have an agenda and purpose to achieve.”