A Muslim cleric in Ghana has claimed that gay sex ‘disgusts Allah’ and ’causes earthquakes’, while supporting the increasing homophobic attacks on homosexuals in the region.

“Allah gets annoyed when males engage in sexual encounter and such disgusting encounter causes earthquake,” Mallam Abass Mahmud said in an interview.

He made the comment amid reports of heightened hostility among Zongo communities in Kumasi and the capital Accra towards people in same-sex relationships.

Mahmud further claimed in his homophobic statements that Allah had destroyed the ancient cities of Sodom and Gomorrah “as the result of homosexuality”. 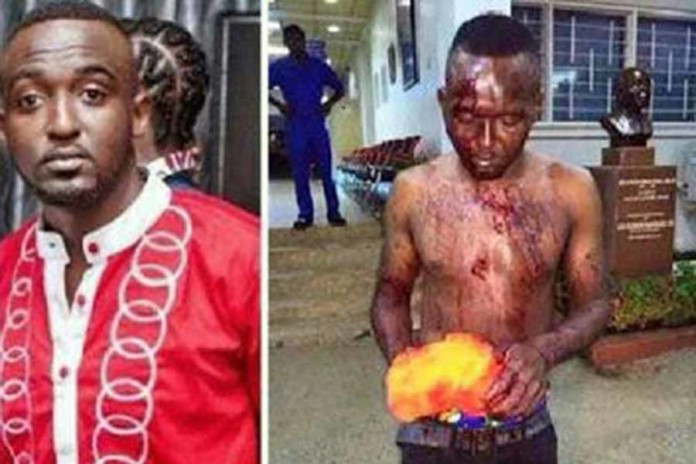 “Should we allow such a shame to continue in our communities against our holy teachings? Certainly no, and we are very happy to chase away such idiots from our Zongo communities,” the ignorant cleric added.

According to News Ghana, a number of gay men have fled their homes after becoming ‘afraid to disclose their sexual preferences for fear of attacks’.

Homosexuality in Ghana remains illegal and one could face up to 25 years imprisonment if found guilty of what its law has labeled an offence.

READ ALSO: Shocking: Two Male Lions Fall In Love With Each other!

According to a 2004 Afrol news report, Prince MacDonald‚ the leader of the organisation for gays, lesbians, bisexuals, and transsexuals in Ghana, commented that “there are lots and lots of people in our prison home who have been caught by this unfriendly law”. He said that the “police beat and punish people who are found to be gays”.

Nigerian trans-woman: ‘I felt the more sex I had with women would change me’