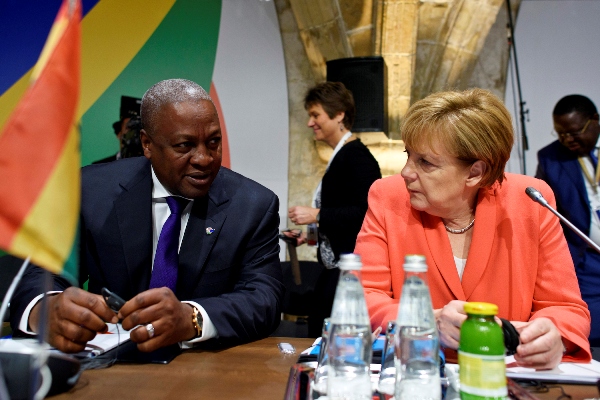 Scottish First Minister Nicola Sturgeon is expected to raise the issue of gay rights with the President of Ghana later today.

Ms Sturgeon is expected to speak about the issue with President John Dramani Mahama when he visits the Scottish Parliament later on Thursday.

During his visit, he will observe First Minister’s Questions, as well as receiving an honorary degree from the University of Aberdeen, reports the Herald.

According to the Scottish Government, mainly “issues of mutual interest” will be discussed, but that Ms Sturgeon would also bring up her views on the “values of humanity, equality and tolerance”.

The Herald also reports that Presiding Officer Tricia Marwick will not raise the issue, as Parliament says it is not within her purview.

But the Scottish Government pointed to its “positive record of raising LGBT issues” around the world.

The director of Stonewall Scotland, Colin MacFarlane, said the visit is a “key moment”.

He said: “We sincerely hope that the Scottish Government will use this visit as an opportunity to demonstrate its support for LGBT equality internationally.

“While we’ve seen some promising statements from President Mahama criticising violence against LGBT communities, we believe that the Scottish Government has an important responsibility to help advance the protection of LGBT rights across the world, and this visit is a key moment.

“At Stonewall, we also believe in always engaging activists on the ground for their guidance on how opportunities for dialogue, such as this, could be of benefit to them, so we are actively reaching out to Ghanaian activists on this point.”

Same-sex sexual activity between men is illegal in Ghana with those found guilty facing up to three years in prison.

Earlier this year, a lecturer in the country prophesied that churches risk “being dominated by homosexuals” if the clergy fails to stage a “blistering crusade” against same sex marriage in Ghana.

In March, a lawyer in Ghana called for the immediate arrest of students who took part in pornographic movies.

A leading spiritualist in the country also claimed tattoos can influence people to become LGBT, prostitutes or alcoholics.

Nigerian trans-woman: ‘I felt the more sex I had with women would change me’