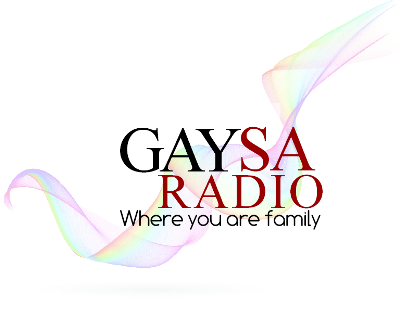 Because International Day Against Homophobia is earmarked for 17 May, GaySA Radio has decided to raise awareness about homophobia during the whole month of May.

Homophobia is the hatred or irrational fear of lesbian women, gay men, and bisexual, transgender and intersex persons – sometimes leading to acts of violence and expressions of hostility. Homophobia is not confined to any one segment of society and can be found in people from all walks of life.

State sponsored homophobia has been described as Africa’s new apartheid and has become a red herring, a distraction, to divert attention from the failing democratic culture among so many weak democracies across the continent.

South African laws are progressive on issues of sex and sexuality and South Africa was the first country in the world to put a constitutional ban on discrimination by any individual or institution, private or public, on the basis of sexual orientation.

It is common knowledge that South Africans are still remarkably conservative when it comes to lesbian, gay, bisexual, transgender and intersex (LGBTI) issues and persons. Institutionalized homophobia is an everyday occurrence in police stations and Home Affairs offices. The rape and murder of lesbians and the brutal attacks on gay men are a shocking reality.

Being openly gay in the corporate section can endanger a person’s career prospects. In some rural communities, homosexuality is seen as unnatural, warranting interpretation from traditional healers.

The basis of all homophobia is ignorance, fear and hatred. The way to overcome homophobia and start bridging the gap between the laws of the country and people’s homophobic attitudes is through a series of actions that society has to take on an individual basis. One has to get to know an LGBTI person and understand that their sexuality is not always a choice. The only real choice an LGBTI person has is whether they will accept who they are or live a lie.

So much homophobia is because of religious opposition to LGBTI people and their so-called “lifestyle”. Combined with ignorance and the fact that homosexuality can be seen as contagious, this leads to fear and ultimately hatred, which could easily lead to the kind of brutal acts perpetrated against LGBTI persons, as seen in South Africa and elsewhere in Africa.

There is clearly much work to be done on various levels to combat homophobia and foster a culture of equal rights. GaySA Radio is stepping up to the challenge by highlighting this issue through interviews and opinions of people within the LGBTI community, their family and friends and to the community at large. By putting homophobia under the spotlight, GaySA Radio wants to contribute in a meaningful way to what should be a national conversation.

GaySA Radio is committed to helping reduce homophobia by giving a voice to the South African LGBTI community. Through the month of May, GaySA Radio will be broadcasting content that will strive to demystify this complex issue by providing insight, information and strategies that may be useful to bridge the glaring gaps between the laws of the land and the behaviour of its citizens.

GaySA Radio will feature interviews with community based LGBTI organisations, role models and leaders, as well as ordinary LGBTI persons about their experiences of homophobia and how it made them feel, as well as providing some answers as to what can be done to end homophobia.

GaySA Radio is an online radio station that has recently started test broadcasts. The Month against homophobia is its first major awareness campaign. GaySA Radio streams from its studio in Pretoria on http://gaysaradio.ndstream.net/

- June 2, 2019
TAGS africaBisexualGaySARadioHOMOPHOBIAidahotLGBTSouth Africa
NEWER POSTSometimes The Truth Does Not Set You Free As A Homosexual
OLDER POSTThe Extraordinary Story Of A Nigerian Gay Man