Divide and Rule: Homosexuality as Distraction and Pretext – By Doctor Hakeem 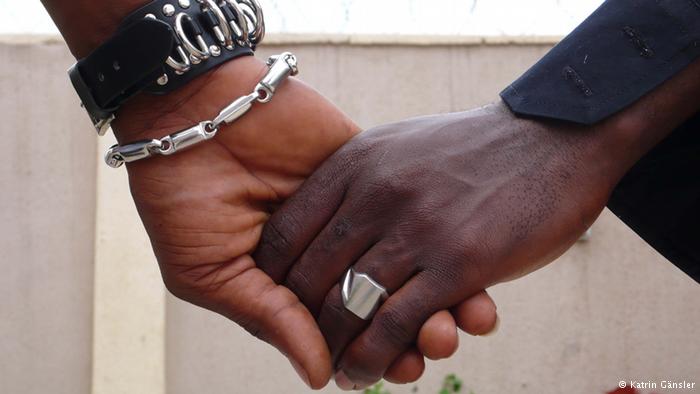 Everyone in the world needs to understand that there is a small group of people (primarily or entirely from among the so-called “white people” — Europeans, whether in Europe or in North America, Australia, Africa or wherever) who will do whatever they feel necessary to hold on to their excessive (and stolen) wealth and power.

Why, after 14 centuries of living together in peace, Muslims and Christians in Iraq are at each others throats (mostly Muslims attacking Christians as well as each other)? In Burma, Buddhists are attacking Muslims — why? When the British were forced to leave the Indian subcontinent, suddenly after centuries of living together Hindus and Muslims were at each other’s throats and what had been one nation was divided into two (and eventually three) nations. Who divided Korea and attempted to divide Vietnam?

Why, after centuries — and probably millennia — of men and women who are sexually attracted to others of the same gender living in peace in African societies — nobody talked about it because it was not an issue — why, after all this time, is it suddenly a BIG issue? Nigeria wants to be sanitized of homosexuals, but not sanitized of rampant corruption? None of the African nations whose wealth is being stolen, siphoned off by multinational corporations, while their greatest wealth, the people, the young men, are desperate to get to Europe to “find jobs” — instead of being able to stay home and develop their own countries — none of these nations find anything more worthy of their attention than homosexuals?

It ought not to be a secret, but apparently it is, that wealthy high-church (Presbyterian and Episcopal) Americans fund evangelical missionary efforts (when they wouldn’t touch an evangelical church with a ten-foot pole) in Africa and South America, efforts designed to de-stabilize non-European societies and make them ripe for economic exploitation. Read Thy Will Be Done by Gerard Colby. American missionaries are fanning the flames of hatred of homosexuals in African nations. Christian missionaries have always (since the 16th century) been agents (knowingly or unknowingly) of European and American imperialism.

When a strategy of Divide and Rule is being implemented, it is best not to fall into the trap of taking sides. The current wave of crazy, badly-written and unjust laws against homosexuals has enabled the United States and European nations to play – fraudulently – the role of good guys supporting human rights. This is a deception. The whole thing is a set-up. Many of the (especially the younger) homosexual people in Africa have been lured (as best I can tell) by the media into playing out a role that alienates and infuriates traditional societies that had previously had no problem with homosexual people. As in many wars, there is a manufactured “pretext” – one or more incidents – used to justify an attack. Some of the inexplicably outrageous behavior on the part of homosexual people in African nations seem to me to be the actions of people who have been lured into providing such a pretext. There is no justification for oppression. But, it is best not to play into the hands of your enemies – not the local governments or enraged mobs, but the super-wealthy outsiders who are using these conflicts to destabilize societies that might otherwise be able to pull themselves together and throw off the yoke of the so-called “Global Economy”.

African nations are the richest nations in the world. Why are the African people poor?