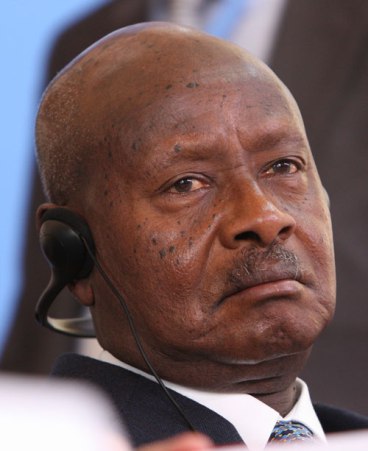 Uganda President Yoweri Museveni has reportedly signed into law a bill that could impose harsh restrictions on organizations working with people considered to be social outcasts, including LGBTI people, sex workers, drug users and those involved with abortions.

The Human Rights Awareness and Promotion Forum (HRAPF) pointed out “three thorny issues” with the bill, which remains unchanged from when  it was passed in the fall:

Opponents of the new law are considering the option of challenging its constitutionality in court.

“We cannot stress enough how dangerous this law is. And what makes it worse is that  Museveni has just been re elected, through what many believe to be a rigged and fraudulent election process, extending his 30 year reign over Uganda. …

“The government of Uganda, demonizing  its NGO’s as agents of foreign governments,  has long feared and sought ways to silence what it perceives as outside influence from Western countries. Indeed foreign governmental  aid, foundations and donors provide funding for the operations and programs of NGO’s, thereby assisting in the issues that NGO’s pursue.” …

“Warning: Every organization operating in Uganda,  in association with organizations in Uganda, sending funds to Uganda, placing resources in the hands of Ugandans must re evaluate their positions considering the new NGO ACT of 2016 – or alternatively immediately support those who will challenge this law before publication and implementation. For obvious reasons the window of opportunity is very small.”