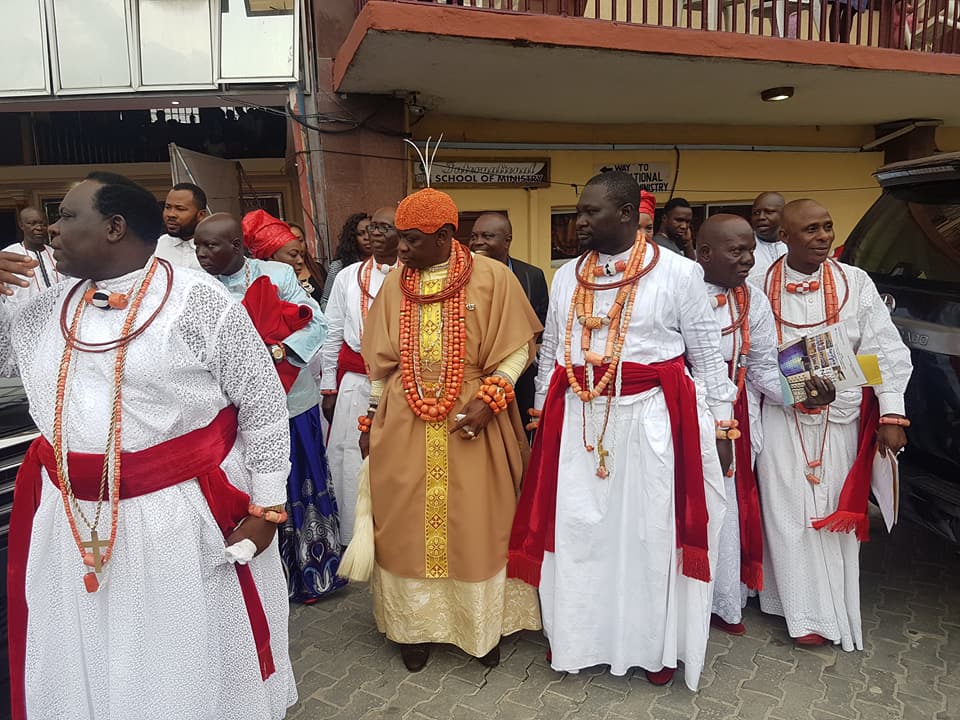 Photo for illustrative purposes only: Edo State chiefs in Nigeria.

Traditional rulers in the Egor local government area of Edo State have rained down curses on homosexuals and are helping police on anti-LGBT raids.

According to the Nigerian newspaper Leadership, Chief Nathaniel Enyeula said traditional chiefs are joining police raids seeking to arrest homosexuals in the area.

Enyeula, who is chairman of the Egor Traditional Rulers Council, said the chiefs consulted the Priest of Owema, which is believed to be the highest deity in Egor, and offered traditional libations to counteract homosexuality.

He said chiefs and police officers moved from house to house between midnight and 1 a.m., seeking suspected homosexuals (and violating their rights to privacy).

Location of Edo State in Nigeria. (Map courtesy of The Nation)

Among their targets were two alleged “leaders of a gang of sodomists” who were arrested in 2016, jumped bail and remain on the police wanted list. They were among four men — Emmanuel Okafor, Abraham Richard, Ebendu John and Okpara Imo — who were reportedly arrested on homosexuality charges on Feb. 10, 2016.  Okafor and Richard violated bail and are still sought by police.

Ukpeh displayed photographs of the suspected gay men before newsmen at Egor. He said that if the two men are re-arrested, the arrests would scare homosexuals and make them change.

He called on the public to watch for gay people and out them to the police.

Nigeria’s anti-LGBT law, the Same-Sex Marriage (Prohibition) Act of 2014, provides for prison sentences of up to: