A family in Egor Local Government Area of Edo State, on Wednesday, without shame, publicly disowned one of its daughters, Loveth Minnie on grounds of lesbianism. 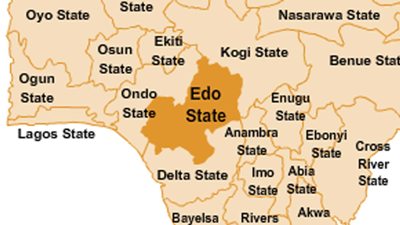 Even though there is absolutely no shame in being a lesbian, the family said it decided to go public since the 27 years old daughter refused advice, saying it can no longer bear with the shame the act has subjected the family to in the eyes of the public in the past years, even after she ran away from home.

Representing as head of the family, Mr Mike Omohe, who was obviously acting based on hearsay and with ignorance, still considers lesbianism to be evil. He disclosed to newsmen in Benin City saying that although it was a painful and sad decision, members of the family will not mind undergoing the rigorous process of making sacrifices to appease the gods.

“We have been fully informed of our daughter, Omohe Loveth Minnie’s shameful act of lesbianism. We now know that true to rumors we have had in the past, she is now a lesbian.

Omohe claimed that he knows about their daughter’s affair with another lady, and considered the relationship to be shameful. He said;

“We also know of her shameful relationship with one Adediran Adesuwa Victory, a female.

Omohe, went on to declare that their daughter Loveth, was now officially disowned by the family. He said;

“We want her to know that she is no longer acceptable in our family as a daughter, she can no longer refer to us as family members nor return to the family.

“As a matter of fact, she cannot even practice her shameful act here in Nigeria as we will report her to government and ensure that she is jailed.

Omohe, whose actions were clearly unnecessary and unreasonable, still considered his family to be responsible and cited the ‘African culture’ as his reason for disowning their daughter.

“As a responsible people, who puts premium on African culture and tradition, we disapprove of her act.

Omohe seems to be dwelling in complete ignorance, and is still very much holding on to misleading archaic traditional religious beliefs, as in reality, there is no actual African tradition or culture that explicitly condemns same gender loving people. It will be beneficial to him and his family to understand that everyone has the right and does not need any approval whatsoever to be themselves.

It should also be noted that our expectations of people should not be forced on them, rather what we need is to recognize the presence of diversity, tap into the culture of respect, tolerance and above all adapt to the message of love.