UK-based Nigerian gay activist Bisi Alimi has vowed to sue a Nigerian blogger for publishing and refusing to delete readers’ claims that Alimi was a pimp and a producer of a sex video involving underage boys. 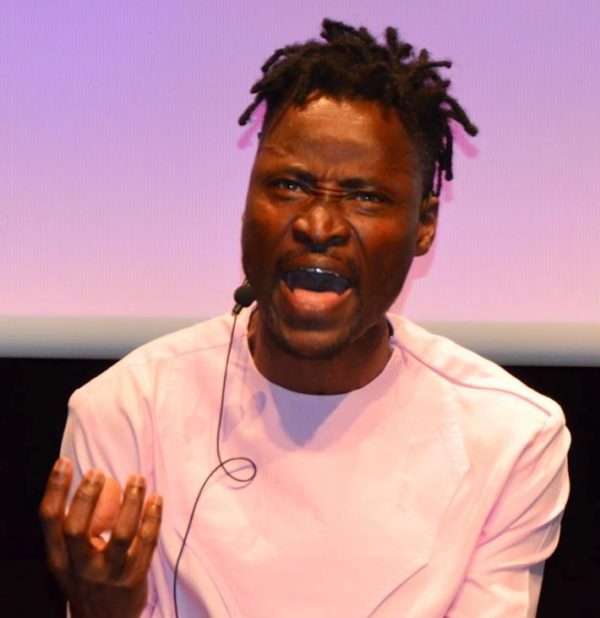 Bisi Alimi about the publisher of the Kito Diaries: “His refusal to take down the post is another act of libel and violence.” 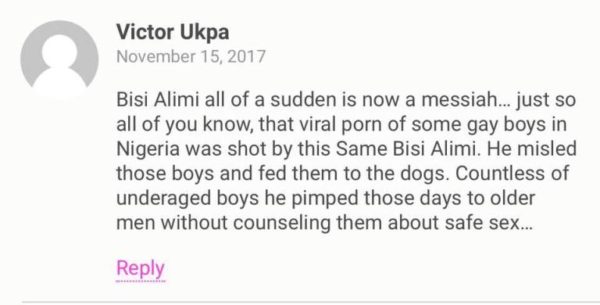 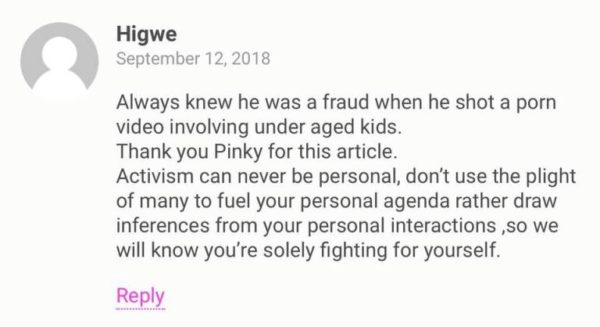 Alimi strongly denied the accusations. He said that his attorney has written to the owner of the blog, whom he identified as Walter Ude, instructing him to take down the comments, publish a rebuttal, pay damages and reimburse Alimi for his legal fees. Alimi’s post can be found HERE.

Alimi stated that the blog owner “in refusing to delete the post and the comments and with the fact that there is no disclaimer on the website, has single handedly endorsed comments on his platform that are not true. His refusal to take down the post is another act of libel and violence.”

Ude responded through his own lawyer, whose statement suggested that Ude isn’t the owner of the blog. He demanded that Alimi take down his client’s photos, which Alimi had initially published on his Facebook page, and issue an apology or risk legal actions. 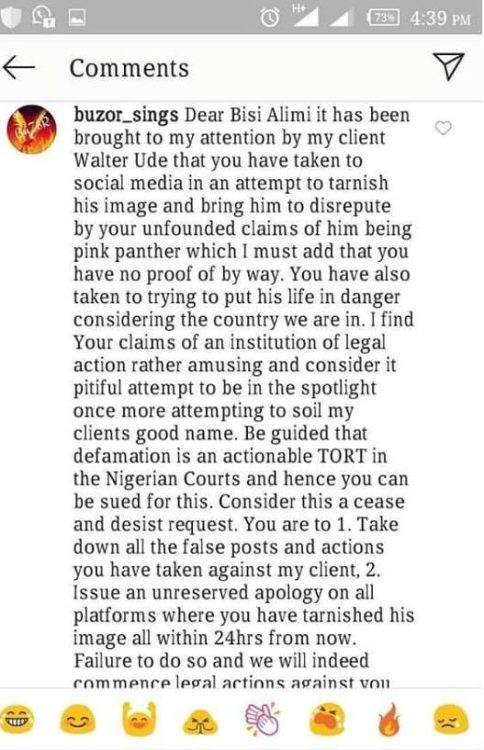 This is not the first time that Alimi has been entangled in feuds with members of the Nigerian LGBT community.

A few months ago, Alimi’s style of activism came under scrutiny from members of the Nigerian gay community who were outraged after he made a controversial post about how he doesn’t care about gay Nigerians but himself only.

Following that post, he was also accused of taking funds for his personal use that were meant to be used by his foundation to benefit gay Nigerians. Alimi’s detractors say that the Bisi Alimi Foundation hasn’t done anything to improve the lives of LGBT persons in Nigeria.