Nigerian gay activist Bisi Alimi, through his organization, the Bisi Alimi Foundation, a U.K-based diaspora LGBTIQ+ organization has released a statement following the conclusion of its event tagged ‘Diversity Pride Night event’ which was held on Tuesday, October 29 in Lagos, Nigeria. 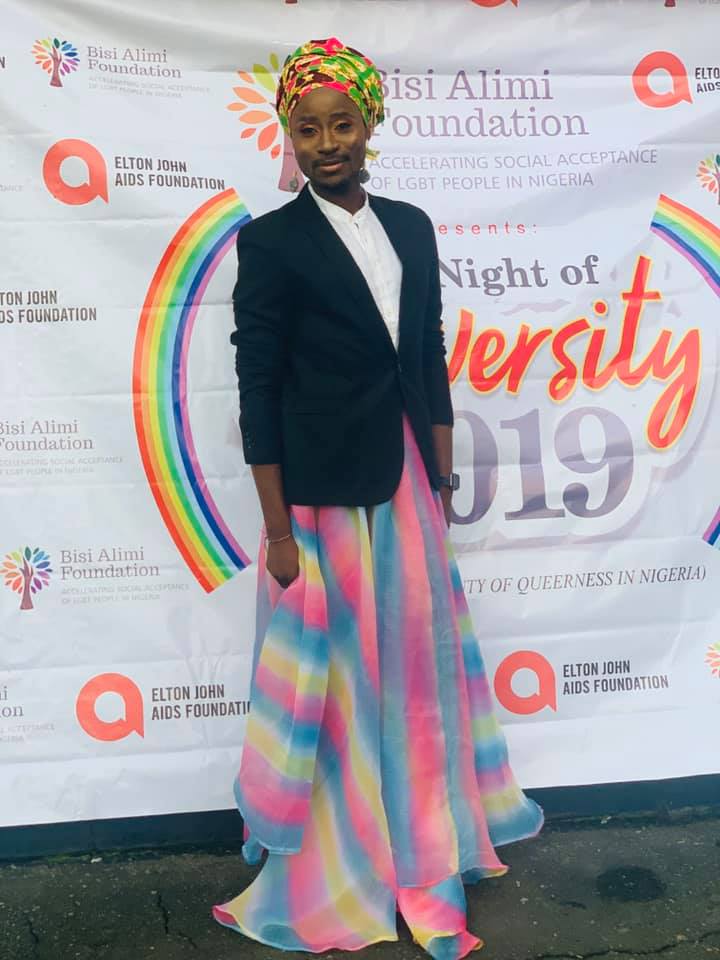 In Nigeria, Lesbian, Gay, Bisexual, Transgender, Intersex, Queer [LGBTIQ+] persons live in fear and face so much hostility as a result of discriminatory and repressive laws. This is why community events are important as it is an opportunity for members of the LGBTIQ+ community to interact with each other in a safe space where they can express themselves.

Speaking about the event which was funded by the Elton John AIDS Foundation, British Deputy High Commission, Paul Gambaccini and Martin Prendergast, Alimi who is the Founder of the Bisi Alimi Foundation, echoed similar thoughts.

“There is a need for such an event in a very safe space that allows LGBT people to be authentic while they interact with their friends, families, and allies”. He said.

“This is the beginning of what will be an annual event to showcase and celebrate the beauty and the increasing visibility of the LGBT people in Nigeria.”

However, members of the Nigerian LGBTIQ+ community have questioned the authenticity of the event with valid concerns following its descriptive claim as Nigeria’s ‘first-ever’ pride event.

Doubts expressed by members of the Nigerian LGBTIQ+ are mostly because the event was held indoor and with no evidence of other members of the community in attendance, even though Alimi said that “people across different professions and walks of life, including, celebrities, diplomats, expatriates and members of the LGBT community were treated to an evening of entertainment featuring; music poetry, dance, film, and storytelling.

However, Alimi seems to have an excuse for why many people did not know about the event until its conclusion.

In a conversation with him, he said: “We had a massive issue around people not getting the invite”

But the fact is, there’s so much that we can agree on, and disagree with. This is because our interpretation and understanding differ.

Now the questions are:

Did Bisi Alimi organize Nigeria’s first-ever gay pride event? The simple and obvious answer is NO! The reason for that is, other organizations and groups in Nigeria have organized lots of similar closed-door community events to commensurate with other international LGBTIQ+ pride celebrations.

So what then was Bisi Alimi’s event all about, you’ll probably ask. The answer is simple. It was just another community event or social gathering for a select few who are members of the LGBTIQ+ community, probably his friends and perhaps supporters and allies.

But, it should be noted very clearly and strongly that in Nigeria, there’s no record of a pride event or parade ever being held, when that happens, it will not be a secret.