Dan Yomi, a widely known and openly gay Nigerian, is elated that his brother has shown signs of acceptance — Dan and his boyfriend were recently invited by his brother to grace his little niece’s naming ceremony. 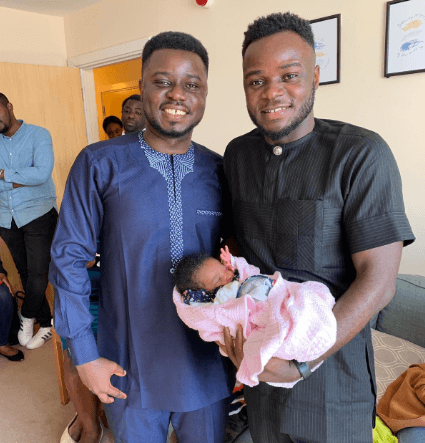 Speaking to NoStringsNG in a chat, Yomi who came out as gay last year to his family on WhatsApp, said the experience was completely unexpected for him given that his family is deeply religious and that most Nigerians reject their LGBTIQ+ relatives.

“Being invited or feeling respected within a space like that wasn’t something I ever envisioned, as openly queer individuals are usually cut off from their families and don’t get invited to events like that or, even if they are, they’re met with micro-aggressions and slight disrespect”

Yomi, who lives with his boyfriend in the UK, said he became nervous after receiving the invitation from his brother. This was due to a homophobic experience he had at his brother’s wedding last year.

Recounting the experience via a post on Twitter, he said: “ ‘You need to stop doing that gay rubbish’: a guest at my brother’s wedding last year (who also followed me on Instagram) walked up to me and said those words loudly. I got really upset and my mood for the rest of the day changed. Didn’t report it to my brother for a [long while].”

However, the experience this time was entirely positive. “Everyone was nice and respectful,” Yomi said.

After Yomi’s coming out last year which went viral on social media with most Nigerians being homophobic in their usual fashion, he launched ‘Living Free UK’ a social enterprise aimed at validating the lived experiences of LGBTQ+ Africans, asylum seekers and refugees.

Recently, Yomi was a guest on ‘Love Laid Bare’, an award-winning podcast in the UK, where he talked about life, family and his relationship.

To read other related stories about Dan Yomi, click HERE.

Are gay folks trying so hard to win the tolerance of heterosexual folks?

My Concern for Homosexuals in Nigeria – Yomi