Maverick  Mista Majah-P AKA Mr Clive Mair, a Jamaican born Pro-Gay Reggae Recording and Performing artiste currently residing in Canada, has filed a report concerning death threats that he has been receiving as a result of his support for the LGBT community. 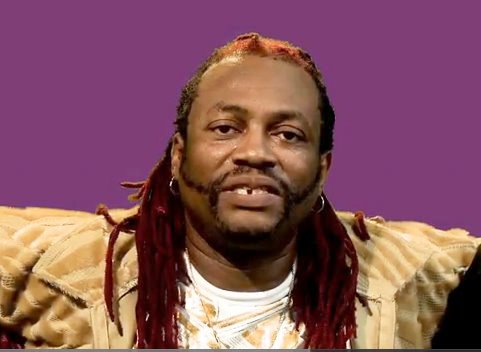 Mista Majah P, who holds both Canadian and American Citizenship is a 4 times winner of the Canadian Reggae Music Award, and Jamaica’s first reggae artiste to release a full reggae CD dealing with homophobia and the LGBT experience in Jamaica recently filed a report through his manager Joseph Brown to RCMP police at Surrey BC in Canada.

The report reveals shocking death threats directed to both the singer, himself and including their families.

Brown fearing for his own life and that of his client and their families considers the threats as serious hate crimes bothering on the Canadian Terrorist Act. He said;

“The nature of the reason behind this homophobic outburst Borders on Hate Crimes in Canada, and Criminal Terrorist act, to person and family, under United States Homeland Security towards a US Citizen”

One of the haters who commented on Majah P’s song titled ‘Gays Belong in Heaven Too’ threatened to kill him and hurt his family, wrote;

“Maggot this is the last time I’ll respond to you cause you are trying to get me to incriminate mi self. But you take this for a joke I am a part of a coalition and I didn’t know they were so many people want your head .just got off the phone with someone in Seattle Washington a reggae festival promoter who told me your antics as cause one of his biggest name act to get turned back from the border and he’s willing to put you down don’t matter the cost .

Even the white man want you dead not because you’re gay but for what you are doing to reggae acts you don’t seems to know the seriousness of your actions If you continue to push this issue I guess you have no concerns for your family’s in JAMAICA cause we’ll be targeting them next so prepare to attend a few funerals in JAMAICA I am warning you to cease and desist because your gonna realize the world won’t be a safe place for you I am getting calls from as far as Garance France, Belgium you name it all over Europe where they love their reggae music because of your propaganda these festival’s are hurting remember this fool the gay community does not support reggae music and you claim to be a reggae artist so where will you get your fan base jackass remember you’ll never perform on a reggae show in Europe you’ll never do a show in your born land no promoter in North America will ever book you so think fool you think Real Yard Man a go just sit back and mek you ruined a whole culture and Biblical beliefs Boy I personally will invest in your Demise I’m so fucking Mad right now not even full stops paragraphs commas nothing just want to break you fucking neck.

Brown speaking concerning the threat in his report said that he believes that the individual can be tracked. He said;

“I am sure that this person is using an alias, but through an investigation his account link and IP address at submission can be tracked”

RELATED: Gay Man Beaten And Left For Dead In Jamaica

LISTEN: 3 African musicians speak up against hate for Gay people in Africa.

Section 76, 77, 78 under The Offences Against the Person Act (OAPA) outlaws homosexuality in Jamaica. Men who develop or show any form of sexual intimacy or affection toward other men could be jailed for 10 years with hard labor.  Also, all forms of sexual intimacy between same gender loving women are prohibited, as there is currently no form of protection for LGBTI persons under the country’s laws.

It is the fundamental human right of all people to be respected and treated equally regardless of their age, gender, race, religion or sexual orientation.