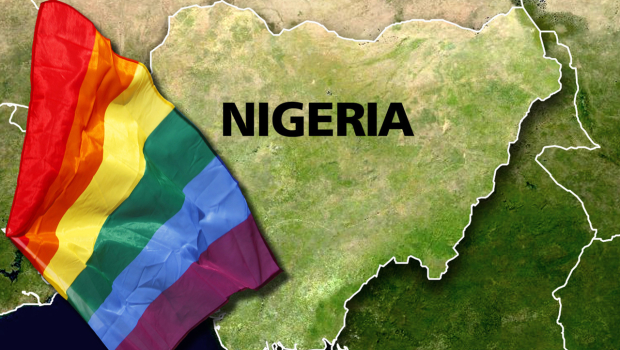 The Nigerian state continues to oppose same-sex marriage and the respect for human rights of Lesbians, Gays, Bisexual and Transgendered (LGBT) persons locally and internationally. Africa’s most populous nation has been unrelenting in letting the world know why it deemed it justified treating LGBT persons as criminals, not as citizens. While it is expected that Nigerian state ambassadors defend the country’s positions on various issues, it is pertinent that state agents advance very compelling arguments to justify their stance. Unfortunately, these compelling reasons are missing when it comes to Nigeria’s rejection of same-sex marriage. Parochial, sentimental, opinionated ideas are the main drivers of the contemporary state position on gay marriage/rights on the world’s stage. This piece urges a rethink of Nigeria’s anti-gay marriage laws and homophobic representations at the UN.

For some time, Nigerian state ambassadors have continued to rehearse worn-out narratives, baselessly arguing that the rights of LGBT persons were antithetical to religious and cultural values. At a recent meeting at the UN, it was reported that the Nigerian state representative again was vocal in his opposition to the report of the UN High Commissioner that described Nigeria’s “abhorrence of LGBT rights”. The Nigerian ambassador noted that Nigeria rejected unreservedly same-sex marriage, lesbians, and gays in its population and that Nigeria had a “duty to protect family values, religious and cultural values which are the bedrock of society”.  It is important to ask: What are these family values that the Nigerian state representatives often talk about and how does upholding LGBT rights constitute an affront to these values? In fact, what are these foundational religious and cultural values that Nigerian state agents claim to protect?

The impression is often that same-sex marriage undermines procreation and child upbringing? Is that actually the case? Now take a look at countries where LGBT rights are recognized under the law. Is Nigeria better off than these countries? Have people in these countries stopped procreating? Have they stopped taking care of their children? Are the rights of children not respected in these places?

In fact children in countries such as the US and the Netherlands where gay marriage is legal actually fare better than their counterparts in Nigeria. So which family values are Nigerian ambassadors really talking about? Where in Nigeria do these values exist and apply in ways that make same-sex marriage a serious threat? Look, many states in Nigeria where these state representatives come from have not ratified the Child Rights Act. They do not have adequate legal protections against child marriage, child witchcraft accusation and child labor. Millions of Nigerian children are out of school. They do not have adequate health care and effective state protection. In Northern Nigeria, these street children, called almajiri, are roaming the streets scavenging for food and other basic needs. Collective insensitivity and parental, family and state irresponsibility are virtually the norm. People who come from such places cannot lecture the world on the protection of family values.

So what are these cultural and religious values that Nigerian state actors are using to justify the criminalization of same-sex marriage? Do they mean the teachings of traditional, Christian and Islamic religions? Do these religions actually uphold consistent values? If they do, why are Christians and Muslims in some parts of Nigeria constantly killing and attacking each other? Do these religious and cultural values say that LGBT persons be attacked, killed or imprisoned?

By the way, are these religions not practiced in countries where gay marriage and the rights of LGBT persons are recognized under the law? Has the respect for LGBT rights in these countries led to the erosion of values?

I mean where are Nigerian state agents actually protecting and defending these religious and cultural values? Only at the UN? And whenever the issues of same-sex marriage and the rights of LGBT persons are raised? Try taking a critical look at the reality on the ground in Nigeria. Is it not in Nigeria that some of the worst forms of harmful religious and cultural practices take place? What is the state doing about them? Are Nigerians not still indulging in ritual killing and sacrifice of human beings? What about the frequent cases of religious bloodletting especially in Northern Nigeria?

How can a state that cannot bring perpetrators of blasphemy killings to justice; a country where jihadists have been on a rampage, a country that cannot rein in bloodthirsty Fulani herdsmen claim to be protecting cultural and religious values? Which religious and cultural values are these?

The time has come for the Nigerian state representatives to begin retracing its homophobic steps and stop defending the indefensible at the UN. Opposition to same-sex marriage and the rights of LGBT persons belongs to the past not to the present or future of any country.

Nigerian state officials should start looking forward not backward when making representations on same-sex marriage. They should begin to realize that, in this 21st century a country that truly protects the family, religious and cultural values cannot justifiably reject same-sex marriage or oppose the respect and recognition of LGBT rights as human rights.

Find this interesting? Leave your comments below.