Male, Female, Hetero, Homo: Does The Binarism Really Exist Or Are We Making It Up? 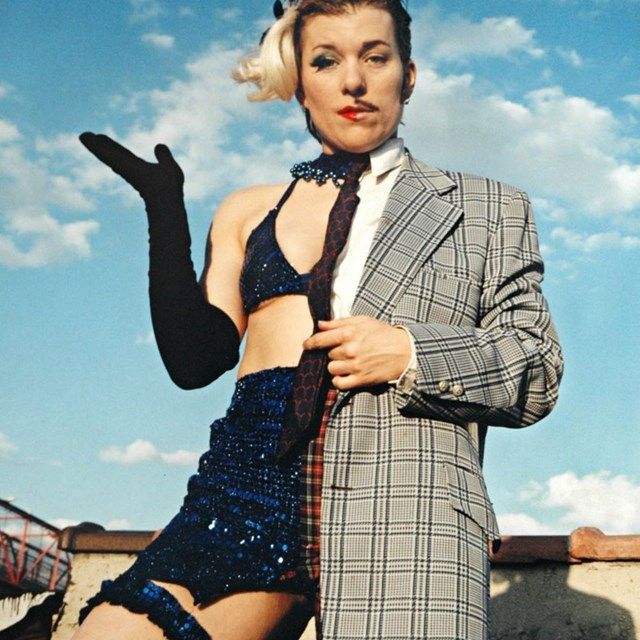 Each time we want to discuss sexual orientation we ask people who identify themselves as LGBT. By doing so we are in a way accepting that heterosexuality is the norm [and hence the “normality”] and homo/bisexuality the exception. That is, there is something ab-normal that we need to explain/control. Scientists have never wondered if heterosexuality is chosen or if it is a product of our genes: it has been taken for granted that it is “natural”.  And this is the power of questions: no matter how innocent or well-intentioned, they re-produce ideology.

I do not identify as LGBT but this does not prevent me from having many questions regarding my sexual identity and orientation, as I am also a sexualized being. My starting point is do heterosexuality and homosexuality actually exist?

Raised in a particular culture (Western) and society (Spain), I have been taught from the cradle that humanity is divided into two: women and men. Consequently, there are two possibilities regarding your sexual orientation: to either favor someone of your same sex or to prefer someone of the opposite -a word that already speaks volumes.

Maybe this is the question we should ask ourselves, although I am aware it can be an uncomfortable one. It can disturb feminists, like it did me at the beginning, because if women “don’t exist” the political subject of feminism disappears. It can disturb people who identify as LGBT because then the demand of recognition for their sexual identity loses its sense. And of course it can disturb people that have a great stake in the sexual division of all the spheres of life – work, economy, politics, family, time, spaces- because this questions the status quo.

According to what do we classify people into these two sexes? Shall we base the classification on the physical appearance? The behavior? The attitudes? The roles? The hormones? The genitals? The chromosomes? The biologist Anne-Fausto Sterling analyzes this in her book Sexing the body, a historical review of how sex and sexuality have been constructed and a critical analysis of modern biology and the scientific paradigm.

For me, the answer is no, there are no women and men from an essentialist point of view. There are human beings that have different characteristics of what our cultures consider femininity and masculinity – not only from a social and psychological perspective, but also biological. We are much more complex than these two molds which we are prompted to fit into. Of course, this binarism was/is easy to establish given that there are in fact some visible differences [penis, vulva]. But there are visible differences in skin color, eye color, size… and we do not classify people according to these – or at least we no longer do so, since fortunately the biological concept of race is not accepted today. However, the biological concept of sex still is.

We can actually draw a parallel between the molds and how culture shapes the bodies – literally. Last February I attended a conference held by the anthropologist Verena Stolcke and I cannot forget the question with which she began her speech: “Is it easier to change biology than society?”

Apparently it is. Sterling described in her book the cases of intersexual babies (that is, those who were born with genitals of both sexes or whose genitals were not clearly either male or female) who were operated to make them “fit” in one of these two labels we have established as “normal”. When it is not clear if the baby should be a he or a she [i.e. the penis/clitoris is too short to be a penis and too big to be a clitoris] then a standardized measure is used. This is how we create a girl or a boy. This is in fact the way culture shapes the body, not only symbolically but literally.

The eternal debate concerning “nature or nurture” is fundamentally wrong since culture and biology intertwine up to a level where culture is able to modify biology. Then this may not be the question we should debate about. We should, rather, analyze the intersection among both realms and the social implications of this sexual division. Because, although I think “the woman” and “the man” do not essentially exist, women and men exist in a political and experiential sense. Reality is not a mere social construction: experiences are lived through and on the body. And despite the fact that the division of human beings into these two main categories is culturally built, the effects of it are not. Discrimination and oppression is a shared experience by women all over the world, as it is for LGBT, ethnic minorities, immigrants, disabled people, native people and a long list of people whose characteristics are considered “the exception to the norm”.

As for me, I don’t think that there is anything in me that makes me essentially woman nor essentially heterosexual, but I do experience life as a woman since my life experiences are incarnated in my body. The world sees me, feels me, perceives me, behaves towards me and thinks of me according to a dual preconception and I do see, feel, perceive, behave and think the world according to this incarnated experience. And my sexual orientation is also there, confined within the borders of the binarism. The preconception is so entrenched that it has become me and it would probably need a lot of courage to break it.

In my point of view, we could be able to love and feel attracted to any person – which doesn’t mean everybody; personal characteristics play an important role –… if we dare. This is a liberating thought full of hope because this means that human sexuality actually has many more nuances, complexities and endless possibilities. Human beings could be freer.