A new Nollywood movie with a lesbian theme is set to promote lies against the very nature of what it means to be gay.

Actor Ik Ogbonna, Paul Obazele and a couple of new faces also featured in the movie.

The movie tells the story of a certain Queen Edwards, a girl born into what is depicted in the movie to be a ‘decent’ home where it was also portrayed that because of her father’s strict nature as well as her mother’s ‘ignorance’ she had an affair with a maid of which the incidence turned her into a lesbian.

The movie also tried to link gay relationships to promiscuity as the portrayed Queen is shown to have had several relationships with other women with the sole intention of breaking their hearts in revenge.

In fact the overall purpose of the movie was to once again convince people that homosexuality is evil, unnatural and as well as celebrate the passage of the anti-same sex marriage law in Nigeria.

The movie which is also titled ‘The Lone Road’ is produced by Face Onu and Lisa Onu. 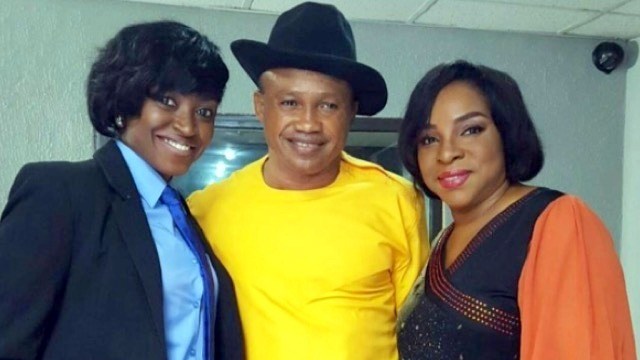 This is clearly a misrepresentation of the true nature of what it means to be gay. People are gay because they are gay. Several research studies have tried to explain the complexity of human sexuality, but none has ever been factually accurate as to prove what exactly makes a person to be gay.

It is quite shameful that well respected Nollywood actresses and actors, and even renowned movie makers, will choose to take part in this kind of classless project.

As usual with a lot of Nollywood movies, there is absolutely nothing notable about this movie, as it is even clear that the subjects raised in this movie were not researched leading to an overall trashy generalized and purely sensationalized material.

We look forward to when Nollywood will be genuinely ready to represent the realities of LGBT persons through its films.

Watch the movie trailer below.