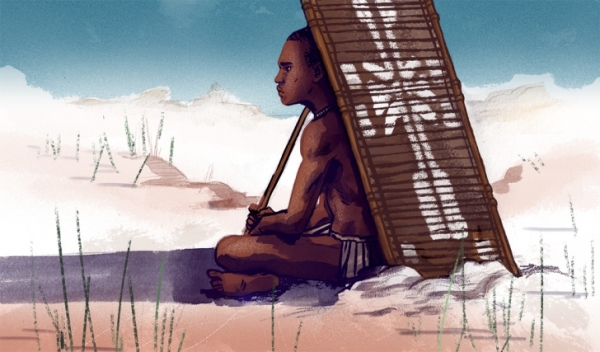 North American gays have a very specific understanding of what homosexuality is. This cobbling together of an identity from sexual behaviour between consenting, cisgender adults and a spectrum of homosexual gender identities is still a pretty recent phenomenon, growing out of legal and medical discourse in late 19th-century Germany. Throw in ample historical precedent with Judeo-Christian sexual neuroses, an enthusiastic participation in consumer capitalist culture along with a general socio-economic aping of heterosexuals and you have something approaching the modern gay.

Conflating our narrow conception of identity with historic sexual traditions that were based on power dynamics, initiation and hierarchy, especially those involving children or adolescents, gets uncomfortable, although these kinds of relationships were common across the globe throughout history.

Homosexual hierarchical relationships were once commonplace in Azande of North Central Africa (Azande is the plural of Zande in the Zande language), an ethnic group of conquering warriors formed in the early 19th century — the name means “the people who possess much land.” Anthropologist EE Evans-Pritchard explains that warrior adult male Azande were organized into abakumba “married men,” and aparanga “bachelors,” and had a number of royal or court functions aside from fighting. Due to social traditions, there was a scarcity of available women for poorer men; nobility and rich commoners could afford to keep harems of wives, marriages usually arranged at girls’ birth, which meant most women were spoken for. Punishment for adultery was steep, so the only other option for aparanga, “if they were not content to masturbate — a practice to which no shame is attached, though a young man would not do it in public — [was] to marry boys and satisfy their sexual needs with them.”

Although they were temporary unions, they were real marriages in the legal sense. The husband paid a dowry of sorts to the parents of the boy-wife (usually a youth between 12 and 20 years old) and took care of his in-laws — after all, a boy-wife could later be replaced with a girl-wife. The boy-wives assumed the roles of women, following cultural practices like eating out of sight of the warriors, drawing water and collecting firewood for them. The boy-wives also performed the role of apprentice as well, like carrying his husband’s shield on forays. Eventually the husbands would marry females, and the cycle would continue with the former boy-wife taking on his own.

Homosexuality was also a princely pastime among the Azande. Before marriage could be arranged, young princes kept commoner boys as servants and sexual outlets — keeping them occupied and away from their fathers’ harems. Even with wives available, sex with them was taboo before consulting certain oracles, so princes would sleep with young boys instead until the taboo period had passed.

Like many instances of hierarchical homosexuality, sex between Azande men had less to do with love and life-long unions than with sexual gratification, companionship and service. Marriage to a woman was still the ideal. “What man would prefer a boy to a woman?” a Zande man and contemporary said to Evans-Pritchard. “A man would be a fool to do so. The love of boys arose from lack of women.”

“So the Azande in my day spoke of it as kura pai ‘old custom,’ though I have never heard anyone speak of sleeping with a boy with distaste — at worst it is regarded as something of a joke; even in my time one heard it said of a man that he used to be some well-known older man’s boy much as we in England might say that someone at school was fag to some celebrity,” Evans-Pritchard writes. “It should also be made clear that, as in ancient Greece, so far as one can judge, when the boy-wives grew up and when they and their husbands married females they had a normal married life like everyone else. There were no urnings [ie homosexuals] in the modern European sense.” With Europe’s colonization of Africa and a loosening of rigid marriage traditions, the boy-wife practice had died out by the time Evans-Pritchard conducted his study in the early 20th century — he had to settle for talking to a former boy-wife.

We modern gays rankle at suggestions that homosexuality is a recent Western import to African nations, but in some ways it is, at least when we attempt to impose our relatively new sexual mores on other cultures. An adult man cuddling up to his legally married husband to watch Netflix would be just as alien to a Zande boy-wife and his husband as these traditions seem to us. We like to look to the past for validation, to prove our identities existed, but our current traditions are just as ephemeral as those that came before.