Ala, a Nigerian gay man has cried out about how his life is now in danger since people came to find out that he is gay. 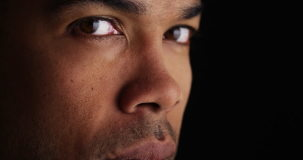 Ala said that since his first homophobic attack, his life has not remained the same as even his parents threatened to disown him. He lamented;

“I’m a victim of homophobic violence. I have geared thus for too long. The shock is still in me. I was first attacked on January 6, 2015. It was the worst experience of my life. God knows I could have died that day. My dad even threatened to disown me, but I survived and healed.

Ala’s issues started when he was outed in the university by a friend, and the experience was indeed an unpleasant one. He said;

“On 26th March 2016, I got betrayed in my school, the University of Benin, by someone who I trusted like a dear friend. He set me up, they beat me up, took my wallet, phone and videoed me, threatening to leak the video if I told anyone. I cried, I almost contemplated on committing suicide.

After the incidence, Ala said that he found what could have been an opportunity for him to escape the country and start all over again. He said;

“Luckily I found a remedy. I got linked with a nonprofit organization in Canada who helps LGBT victims like me relocate to Canada. They asked me questions and I gave them all the proof they needed. They verified my case and offered to help me.  But 7 weeks after my application, the embassy contacted me that my visa has been denied. They stated that I don’t have any travel history and they feel that I won’t return. I have cried my eyes out. I’m so sick now; I don’t know what to do. School resumes in two weeks.

Ala fears that this time he may not be very lucky as they may end up seriously hurting him at school. He said;

“Those guys have been blackmailing me. After that incident, one took my wrist watch on the way. I can’t report them because only one is a student, the rest are cultists who have been rusticated from the school. They also have a video of me admitting my sexuality in the video and I was also naked.

Ala who is still very much in contact with an organization in Canada that wants to help him, is confused and does not know what to do. He said;

“The nonprofit organization has contacted me telling me to try and get a visa even if it’s to America or any European country that they would pay and help me resettle there, and that they would also link me to an LGBT organization that will help me seek asylum. Please help me out, I feel like dying, I’m in shock, I don’t know what to do.