Nigerian government worries over LGBT acceptance in the country

The federal government is worried that more Nigerian youths are becoming more tolerant of homosexuals and as a result, the country’s social values are depleting. 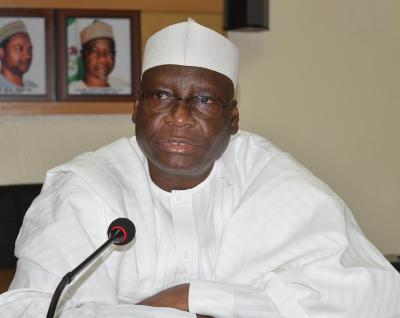 Director-General of the National Orientation Agency of Nigeria, Dr. Garba Abari on Saturday at a programme titled ‘Anti-Corruption: The Role of Media as Change Agents’ which was organized by the Muslim Media Practitioners of Nigeria mentioned that homosexuality was among the many problems the country is faced with.

He also claimed that a lot of Nigerian youths are seeking for the legalization of same-sex marriage in the country.

“Our youths are now publicly clamouring for the legalisation of gay marriage and are about to boldly take the campaign to the hallowed chambers of the National Assembly to press for it as a fundamental human right.”

Dr. Abari failed to mention the actual issues affecting a typical average Nigerian youth such as unemployment, lack of available skills empowerment opportunities, education, cultism, and a host of others.

It should be noted that homosexuals are in the minority and thus make up a small percentage of the country’s entire population, so how come they are always blamed and listed as the major problem of the entire country?

Being gay alone causes no harm to anyone; people are gay because they are gay, same as being heterosexual. Homosexuals are humans whose rights have been taken away.

Dr. Abari’s attempt to malign homosexuals is the same old usual scapegoating tactics employed by people in politics to politicize the gay rights struggle. It is also an ambitious move to garner attention to the almost defunct NOA (National Orientation Agency) Nigeria.