Abused Nigerian ‘gay pastor’ hits back with his own video

A Nigerian pastor has gone online to deny the allegations of men who recently stripped him naked, accused him of homosexuality, and posted a humiliating video clip of him online. 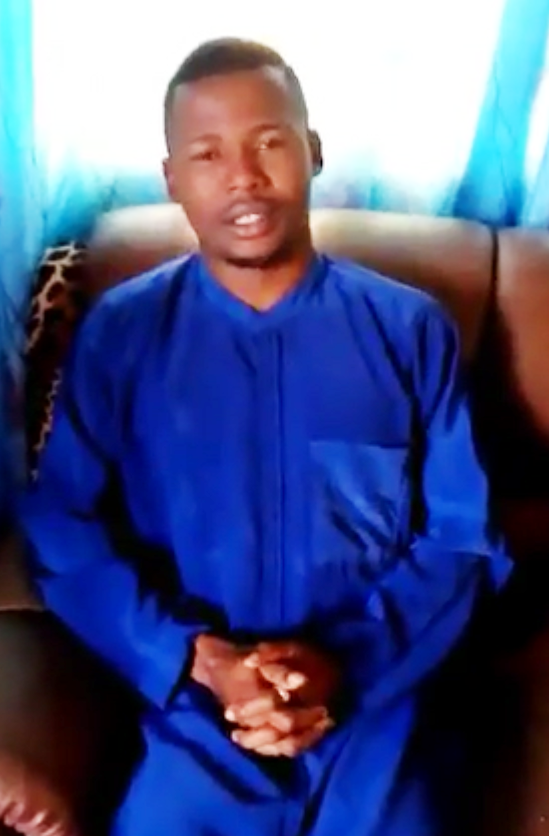 That video clip went viral, showing the preacher from Aguata Local Government Area of Anambra state being interrogated and abused by several men about his sexual orientation. (See “Gay pastor in Nigeria stripped naked by homophobes.“)  In the video, the pastor acknowledged that he was gay.

But this time, the case is different. The religious leader, who identified himself as Prophet David Ifeanyi Calistus Ezeayinche, has uploaded his own video telling his own version of what transpired between him and the men who interrogated and humiliated him.

In the new video, he denies the allegations, claiming that he was blackmailed by ex-members of his church whom he had expelled. He was under duress throughout the videotaped interrogation, he says.

In the new video he says:

“It come to our notice, as various pictures and videos spread all over the world about a particular case of homosexual, and I came to tell you is a scandal, and is a group of boys from the church, which the church drove out, they conspired against the man of God to extort money and they kidnapped me. And if you watch the video very well a condom was thrown. You will see somebody with a machete. It was under duress — do or die. I have no option than to say such thing like that.”

The pastor might be trying to control the damage caused by the incident, or he could be telling the truth about what really happened. Whatever the case, a crime was committed.

Blackmail, jungle justice and all forms of abuse toward people on the basis of their sexual orientation (real or perceived) are crimes and human rights violations.