Will I Go To Hell For Being Gay? 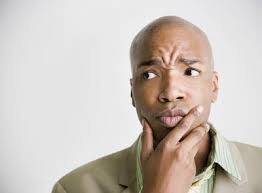 I’m Gay and known it my entire life!
I heard that it was a gay demon inside of me making me this way and I need to stop it or I will go to hell!! I really do not want to go to hell, and cannot control my feelings I have for guys! Do you really think I will go to hell for being gay? I also heard that people are born gay, because they have more female chromosones, or something like that, that makes them more female like. Same for Lesbians.

You’re gay because that’s the way God wanted you to be. Throughout history, people have found many ridiculous reasons to condemn people to hell, including skin color, nationality and sexual orientation. It’s fair to judge the actions of other people, but not their souls. That’s what’s really meant by the quote, “Judge not, lest ye be judged.”

There have been studies that show that gay men have brain stems that are structurally different from those of straight men. Unless you had yours surgically altered so you could be gay, you’re no more responsible for your sexual orientation than a straight man is for his. If it’s any consolation, most of us grew up hoping we’d fall in love, get married, have kids and live the dream. It takes time to adjust to the reality that we’re inherently gay. And having other people insist they know God’s plan for our lives just creates confusion and self-hatred. If mere people knew so much, why wouldn’t their lives be perfect?

If you believe that God has a plan for your life and have known you were gay since childhood, you obviously didn’t choose to be gay. And everything people quote from scripture has been translated multiple times from the original text, so true meanings get lost along the way. The commandment “thou shalt not kill” was closer to “thou shalt not murder” in its original form. The difference is subtle, but substantial. And people who think they have the power to condemn anyone to hell on God’s behalf are in for a surprise.

I grew up in a devoutly Catholic home and my father had even studied to be a priest. My beliefs are still rooted in Catholicism, which is pretty similar to most branches of Christianity. After years of struggling with my sexual orientation (and a pretty serious drinking problem as a result), I realized that my fear of condemnation had completely estranged me from God. If I was convinced God hated me, how could I love him? But I eventually realized that I was inherently gay and all the hoping and praying would have no effect on that. My desire to be straight actually conflicted with God’s plan for my life. Why was I born gay? I haven’t a clue. But my family eventually accepted me. And I have a lesbian friend whose father (also a devout Catholic) told me he believed God gave him a gay daughter so that he (the father) would learn that God’s creations know no limits. His daughter is a doctor, she’s involved with charities, and she holds herself up to the same standards that would be expected of her if she were straight. Other than the fact that she’s a lesbian, she’s everything any father could want in a daughter. But instead of making a lifelong commitment to a man, she made one to a woman.

Being gay doesn’t mean you have to be promiscuous or swing from chandeliers. People who do that perpetuate a stereotype that doesn’t apply to most gays. If you have religious beliefs that guide your behavior, you can still apply those to your life as a gay man. One of my friends (a guy) grew up in a strict Baptist household and fought against his nature for years because he was convinced he’d go to hell if he acted on his impulses. When he accepted that God had made him gay, he still saved himself until he found his life partner, since that was in keeping with his religious beliefs.

Only God knows your soul and no one has the authority to speak for God. Gay people are no less capable of living good lives than straights are, so let your conscience be your guide. There are all sorts of things in the world that can’t be explained, but our inability to understand them doesn’t mean God didn’t have his reasons