Why Are You Queer? – By Seun Idris 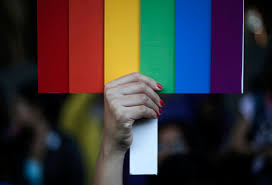 I have been going through quite a lot of pressures from friends and acquaintances, asking why I “chose to be queer”. Some ask what the demonic act has to offer. But by then, I gave things a thought, and I said to myself that I will always be defensive whenever such questions come into conversations.

Asking me why I am queer is just like asking an adult why he crawled as a child. How do you expect him to know?! Even if he knew, the only answer you’d get is “because it is natural.” Of course! Apparently. If it weren’t natural, he would have floated in the air.

I am queer because it is NATURAL. I am queer because I a me. I am queer because I have always known myself to be. When I was between 5/6years old,all the children my age, male and female, were saying they would marry an opposite sex. But I was different. I was there letting my brother know of my dream person. There was a neighbour of ours who lived in front of our house.  He’s not really a tall person, slightly chubby, bearded, bald-headed, and, out spoken with sexy lips. He best described my kinda man. In my words,to my brother, I said: ” I would like to marry uncle Dee when I grow-up. ” My brother didn’t take it seriously. That ended.

I have been in an argument a couple of times. Argument on if a 5/6 years old child could identify who he or she is attracted to. I have always partially believed it were possible.  But until a statement from my 6-year-old sister re-affirmed it. She said to her friend, “I will marry Ibrahim when I grow-up.” When I heard, I laughed. At the same time, I confirmed she was straight.

Do not abuse what I am created to be. Do not abuse me. I have been this way since I have known myself.