Wale Olagunju a Nigerian Christian preacher and so called bishop, has released a list of very disgusting predictions in which he claimed that the Christian God has chosen to punish America because of Homosexuality. 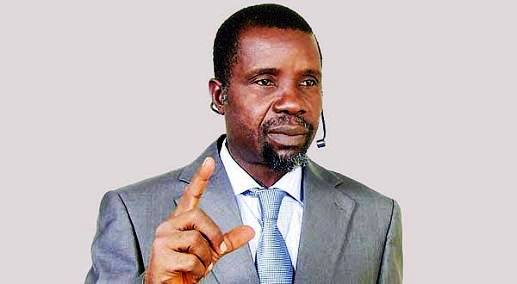 The so called prophet is the owner of a certain Christian church called Divine Seed of God Chapel Ministries in Ibadan, in Ibadan Oyo state.

In one of the 52 different disgusting and unsound predictions which he fronted as his 2017 prophecies, he claimed that the Christian God revealed to him that he will use Donald Trump to punish America because of their ‘sin’ of homosexuality.

Clearly it can be seen that this preacher is obviously seeking for attention.

Read below his long list of predictions for 2017. No. 12 deals with homosexuality as an issue of concern here.

This messiah, an unknown person, will proffer solutions (to the problems); conduct referendum and will break Nigeria peacefully. As revealed to me further by the creator of the universe, the reign of this messiah will be brief. God of Abraham has concluded in heaven to raise for Himself the young man who will give divine solution and execute God’s programme for Nigeria.

Start a conversation with your comments below.