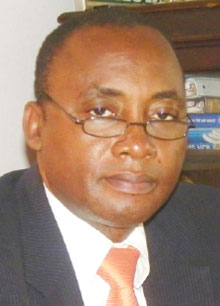 The President of the Family Federation for World Peace Unification (FFWPU), George Ogurie, has called on the world leaders, who signed into law, same sex marriage in their countries, to revert their decision; else the entire human race will be wiped out.

Ogurie made the very meaningless statement at a press conference to mark the 4th Anniversary of the Universal Ascension of the Rev. Sun Myung Moon.

With a deep level of ignorance and bias, he claimed that allowing the idea of gay marriage, could wipe out the entire human race, he said;

“It is unfortunate that such people will do such a thing, but they need to reverse their position for the sake of posterity and for the sake of survival of human race. “It is important to give proper education of the meaning of the union between man and woman.

Off course his claims are completely baseless, as everybody cannot be gay, and it is evidently clear that LGBTIQ people make up only a small percentage of the world’s entire population, hence they are in the minority.

Furthermore, Ogurie also implied in his statement, that homosexuals are not created by God, sounding like as if people choose to become homosexuals, even as there are proofs to show that being gay is completely natural, and homosexuals are perfectly normal just like their heterosexual counterparts. He said;

“There is a reason for creating human being by the creator, and unfortunately when we lose thought with that creator we lose sense of purpose and everything else come to nothing, that is why the idea of gay is coming up.”