Out & proud Nigerian lesbian couple Amara and Olayinka have both shared their coming out stories to inspire other LGBTQ+ Nigerians. 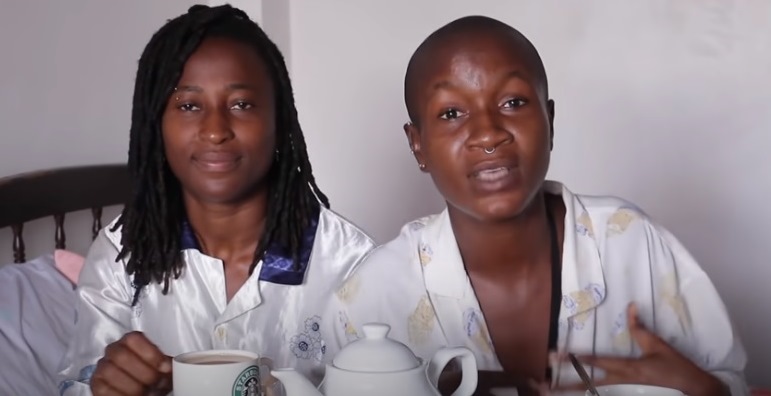 In Nigeria, lesbian, gay, bisexual, trans, and queer [LGBTQ+] people suffer many forms of discrimination and are often attacked by homophobic people who oppose their existence.

However, many are brave enough to still openly live their authentic lives, therefore bringing visibility and attention to the many issues affecting the queer community in Nigeria.

Amara and her partner Olayinka are one of those using their personal experience to do just that.

In a YouTube video shared last month by the couple, Amara detailed her coming out experience with her father who was clearly homophobic.

“Last year I went to my father’s house and on getting there… my father sent her [my partner] out… and that was when I lost it… I felt like everybody knows, you are not confronting me because you don’t want to confront me because you are scared to confront me… I came out to them in like fury and anger” she said.

Speaking further, Amara said she had thought dating or having an attraction toward other women was a sin until she met her girlfriend who helped her understand better.

“Before I met Yinka, I had had dealings with females, but I had never dated a female. Yinka is the first girl I am dating. I never saw myself as someone that was ‘gay’ or ‘a lesbian’ I just always assumed everything that is outside of the norm is wrong, or everything that is outside Christianity is a sin, so every time I felt a certain type of way towards a girl as a growing child, I’d pray against it.”