In a recent video, 3 LGBTIQ+ Nigerians tell how those close to them reacted — and how they wished they’d reacted — when they revealed their sexual orientation. 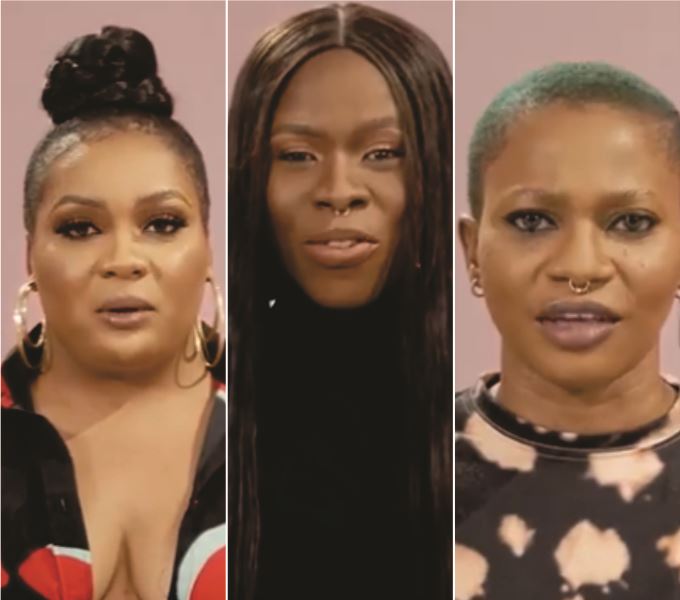 Screenshot from the video “Happy International Coming Out Day!” (Photo courtesy of Allout)

The three friends’ conversations were captured in a recent video put together by Allout, a London- and New York-based LGBTIQ+ media organization.

Allout shared the video on Oct. 11 in observance of the International Coming Out Day.

In the seven-minute program, three LGBTIQ+ Nigerians — Bibi, Uyaiedu, and Biodun — also reflected on their individual coming out experiences as well as how their friends reacted.

Biodun, an openly trans woman, said in the video that she came out to her schoolmate and close friend Esco, who turned out to be very supportive of her.

In the video, Esco recalled that he had already realized that Biodun was a woman.

“I already knew that all you [Biodun] needed was love. Which I gave you from back in school and before you started thinking of being a trans woman. I had already been calling you my daughter back in school when your pronouns were still ‘he’ and ‘him’ and no one around us knew why I was doing that. But the day you came out that officially this is what you want to do, this is who you want to be, I was like, ‘OK, finally’.”

Bibi’s coming-out experience also was pleasant. She came out to her brother, who was supportive and accepting.

But on the video, Bibi’s brother said he could have responded more positively: “I wish I didn’t laugh. For me in my head it was like, ‘Are you serious? You don’t even need to come out to me, be who you want to be. It’s OK. I don’t care.’ But it wasn’t about me, right? It wasn’t about my feelings. It was about you and I wouldn’t change how I reacted per se, but one thing I would say is, I would probably cut down my laughter a little bit and show my sis that I love her a lot.”

Not many LGBT people are as lucky as Biodunto and Bibi in having pleasant coming-out experiences.

Uyaiedu, for example, got no support from her sister when she came out to her. The sister acknowledged in the video that she wished she had been more encouraging.

“In retrospect, I wish I had responded differently,” she said. “I wish I had given her a hug and said nothing else. …It would’ve meant two things — I understand, or I don’t understand but I am here for and with you.”