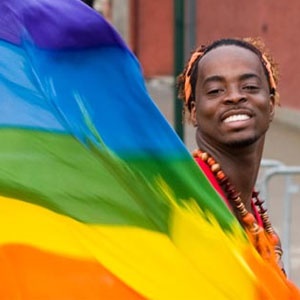 Blantyre – A coalition of young pastors in Malawi have threatened to drag the government to court to force it arrest 4 000 homosexuals living in northern Malawi’s city of Mzuzu.

The Young Pastors Coalition of Malawi (YPCM) has accused the government of encouraging homosexuality through its failure to arrest gays and lesbians.

The call comes after a local human rights grouping Centre for the Development of the People (Cedep) has released research findings which indicates that northern Malawi’s city of Mzuzu has a population of 4 000 homosexuals.

The survey by Cedep was conducted to establish HIV/Aids and socio-behavioural characteristics amongst men who have sex with men.

Despite same sex relations being outlawed, Malawi government has been reluctant to arrest and prosecute homosexuals.

The survey results have irked the pastors who argue that the research was conducted as part of advocacy to promote homosexuality in Malawi.

“We want the group that conducted the survey to present the names of the 4 000 homosexuals to police so that they can be arrested and face prosecution,” argue the pastors in a statement.

The statement signed by the coalition’s director Patrick Banda and general secretary Tusalifye Mbeye adds: “This statement should warn officials like the Director of Public Prosecutions and the Inspector General of Police to take action and treat any homosexual as a criminal, the same way thieves are treated as criminals.”

Reacting to the call, Malawi’s Justice Minister Samuel Tembenu has advised the pastors to concentrate on their work instead of poking their noses into matters of the state.

“Let our pastors continue doing their good work of saving lost souls. However, they should let experts in human rights, constitutionalism and law enforcement to do what they are supposed to do,” he said.

Centre for the Development of the People (Cedep) executive director Gift Trapence has rubbished such calls as retrogressive.

“Such calls are retrogressive considering that government’s moratorium shows government’s commitment to review gay laws. Pastors should remember that we live in a free society. People are free to associate and enjoy human rights,” said Trapence.

Religious leaders have been vehemently opposing the relaxation of homosexual laws in Malawi.

Recently, the clergy spearheaded the quashing of a government’s moratorium on gays which shielded homosexuals from prosecution.

Despite the pastors’ campaign, Malawian government has said it will not arrest or prosecute gay citizens as lawmakers will review existing anti-homosexual laws.

Under Malawi laws, convicted homosexuals are jailed for 14 years.