The Nigeria Security and Civil Defence Corps has raised concerns with outrageous claims that homosexuality is on the rise in Niger State adding that underage boys are being used for what they have described as a “wicked act”. 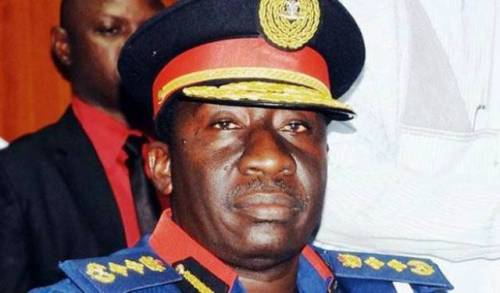 State Commander of the NSCDC Mr. Philip Ayuba made the outrageous claims based on the arrest of one Musa Danmasani – a suspected pedophile.

Danmasani who is an indigene of Kebbi State, resides in Rijau town in Magama local government area of Niger State was arrested for engaging in sexual activities with underage boys by the Agency.

According to Ayuba, Danmasani was “caught in the act of using underage children as partners “.

Ayuba said Danmasani had first engaged in sexual activities with 17-year-old Umar Farouk before sending him to go and buy “lubricant” that he would use on the other 13-year-old Abdulrahaman Jibrin.

Jibrin was said to have been searching for where he would get the lubricant when the information leaked to security agents.

Ayuba said little Jibrin was assisted in getting the lubricant and was traced to the house of Musa Danmasani “where he (Danmasani) was caught red handed having sexual intercourse with Umar Farouk”.

The Commandant said an investigation into the crime had been completed and the suspect handed over to state Child Rights Agency for prosecution.

This is a clear case of pedophilia, and it’s time people come to understand that anyone whose sexual feelings are directed toward children either male or female is a pedophile, and this has absolutely nothing to do with consenting adults in same-sex loving relationships.