Kano State Hisbah have reportedly arrested about 70 youths (total number yet to be verified) following accusations that they were planning to organize a gay party. 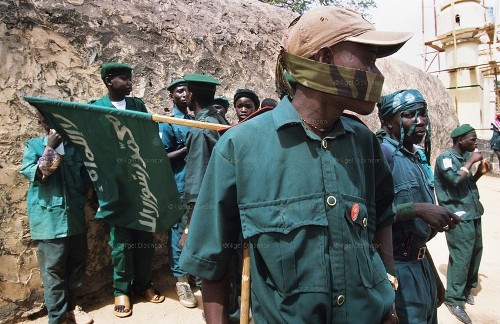 Picture for illustrative purposes only.

The suspects, who are all males, were arrested at Nassarawa quarters, Nassarawa local government area of the state.

Deputy Commander of Operations, Kano Hisbah corps, Maigida Katchako, explained that the suspects were captured after a survey was carried out by the board, and it was discovered that they [ the youths] were planning to host a gay party which is against the doctrines and teachings of Islam which the Corps pledged to uphold.

He further said that the suspects, who consist of minors, will be arraigned before a court of law with the appropriate jurisdictions.

He then disclosed that Hisbah operatives in their numbers will comb through the streets before, during and after the Eid festival to ensure the security of lives and properties.

He also enjoined visitors and residents of Kano State to abide by the rules and regulations of Hisbah and other security agencies to experience a hitch-free Eid festival.

A source within the area who spoke to NoStrings confirmed the arrest but claimed that the suspects were just 52 in number, a number which has not yet been verified by NoStrings as at the time of writing this report. However, other media platforms have reported that they were 70 in number such as Herald.ng

- September 30, 2018
TAGS ArrestCrimeDeathHisbahHOMOSEXUALITYKanoLGBTNIGERIASharia Law
NEWER POSTMeet the Nigerian feminist who is fighting for LGBT equality in Nigeria
OLDER POST4 Reasons why Christians have no moral justification to hate gays