Why there’s absolutely nothing wrong with being gay 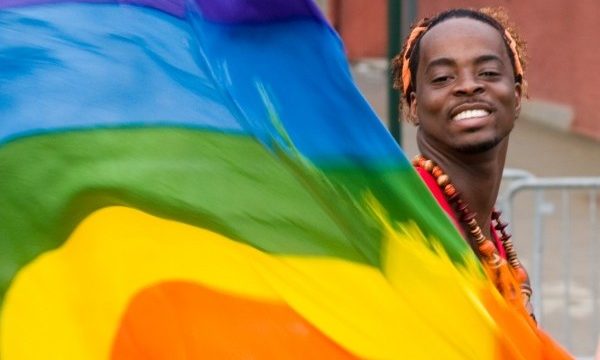 The cause cannot be proven and there is no specific requirement or sign in early childhood except the presence of attraction to the same sex, which is becoming more acceptable by the public in some countries. In Nigeria, many gay men and women are treated as a psychiatric patient, while some are believed to be possessed by evil spirits, leading to humiliation of various kinds and inhumane deeds done to rid them of such spirit.  Various harmful practical were carried out on them which caused a lot of pain and permanent disorders like anxiety, paralysis, brain damage and even death.

It isn’t surprising that there’s been no such luck in those practices other than instilling fear in the person enough to shut their mouth, forever, in some cases. Many who have gone through exorcism, and deliverance simply confess being healed, and continue in secrecy, while others live in eternal denial just to avoid ridicule.

All sort of conclusions was drawn to cloud people mind on the simplicity of homosexuality, I mean, it isn’t so hard to understand that uncle IK loves uncle Tobi, but the homophobic mind will draw up defenses to avoid seeing it as it really is; a human loves another human enough to want to be a part of his/her life. It is just that simple if we do not spend time wondering what goes down in their private life, which is as the name implies, private life, and not for spectacle.

Conclusions that led many people to perceive the homosexual as evil include the idea that they;

These conclusions are plainly ridiculous as they do not pertain to the LGBTQ community alone, but humans in general, sexuality excluded.

HIV/AIDS truly remains a huge problem in the LGBTQ community, especially to the gay men who have receptive sex with untested partner(s) being an easy way to spread the virus, and the stigma following the test and diagnosis may cause a lot of men to avoid getting tested, hence, increasing the possibility of an unintended spread, but it swings both ways for the gay, and the straight community.

The LGBTQ community has a long way to go, especially in African countries where it seems like everyone is trying to ensure heteronormativity and the idea of homosexuality is easily perverted and perceived as carnal tendencies to sexual urges. It isn’t surprising that the first thing that comes to people’s mind when they hear “I’m gay” is “so, your sleeping with you fellow man?” and all effort to explain that it isn’t just about sex proves abortive, even those who even seem to move past the sex topic, have another humiliating question of “who wears the pant in the relationship” to which the answer may vary, depending on your mood, from a rosy blush, to a simple explanation that you both do, or to flipping them a birdie, which always seem to work in my case. Some folks within the LGBTQ community who are out and proud have complained of being told that “they were too good looking to not be straight” and some have been told “they just haven’t found the one yet,” but whatever the case may be and what holds true for all of us, it is essential to always remember that being different is not the same as being flawed because that is what we are, gay, straight, bi, lesbian, transgender, asexual or non-binary. We all are different, unique in our own way and far from being flawed, and that’s the spirit of PRIDE.

This website uses cookies to improve your experience while you navigate through the website. Out of these cookies, the cookies that are categorized as necessary are stored on your browser as they are essential for the working of basic functionalities of the website. We also use third-party cookies that help us analyze and understand how you use this website. These cookies will be stored in your browser only with your consent. You also have the option to opt-out of these cookies. But opting out of some of these cookies may have an effect on your browsing experience.
Necessary Always Enabled
Necessary cookies are absolutely essential for the website to function properly. This category only includes cookies that ensures basic functionalities and security features of the website. These cookies do not store any personal information.
Non-necessary
Any cookies that may not be particularly necessary for the website to function and is used specifically to collect user personal data via analytics, ads, other embedded contents are termed as non-necessary cookies. It is mandatory to procure user consent prior to running these cookies on your website.
SAVE & ACCEPT