Former Cross River State Governor Donald Duke, has seemingly spoken positively about his intentions toward ‘improving’ the lives of LGBT Nigerians living in the country on a recent episode of the show ‘On The Couch Naija’ with Falz and Laila. 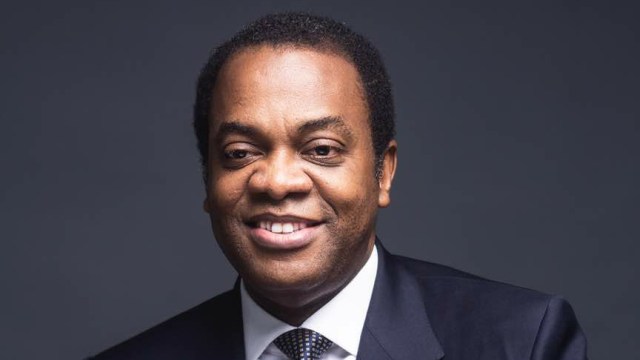 Following the show’s appearance on the internet, quite a number of local and international news platforms and blogs published it with headlines that seemed like Donald Duke will actually do something good about the deteriorating situation for the Nigerian LGBTIQ community.

But sadly, the show which has previously exposed the ‘homophobic views’ of Nigerian presidential candidate Fela Durotoye, recently had the ex-governor reveal his stand on homosexuality, and many were not very pleased with his comments, especially LGBT rights activists and members of the Nigerian LGBTIQ community who felt that his comments were laced with homophobia.

Truthfully, his statements were somewhat conflicting even though he said that he was ‘not going to criminalize homosexual Nigerians’ who off course aren’t currently being criminalized. The problem with his statement actually, was that on one hand, he promised to protect gay Nigerians, and on the other, wasn’t going to be very pleased with letting or seeing them freely express themselves publicly because it would be an ‘an affront on the current norms of society’.

The latter is still the very same sentiments used to criminalize homosexuals, and in fact the country’s Anti-Same Sex Marriage Prohibition Act [SSMPA] does just that. It tends to silence any form of direct or indirect pro-LGBT support and bans all forms of public show of affection between persons of the same-sex. This very section of the SSMPA violates parts of the Nigerian constitution under chapter 4. Section 39 which states that: ‘Every person shall be entitled to freedom of expression, including freedom to hold opinions and to receive and impart ideas and information without interference.

This same section of the SSMPA is what has been used so many times by law enforcement agencies in Nigeria to harass and humiliate innocent young men and women who have done absolutely nothing wrong but only gathered to interact and socialize.

Surely, Donald Duke, is promising nothing, and will protect no one, all he wants is for gays to continue to remain silent and hide deeper in their closets. This he made clear when he asked homosexuals to ‘keep their gayness in their houses’

Now the question is, as a homosexual Nigerian, do you think that Donald Duke is deserving of your vote? You decide.

Watch the show below.