A young Nigerian model was screened out of a fashion event he had taken part in because one of the judges felt that he “looked” gay. 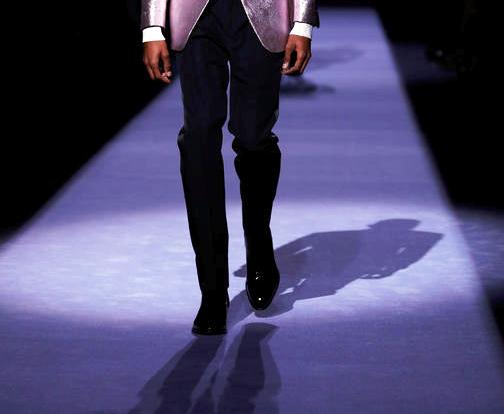 In a chat with NoStringsNG, the young model who asked to stay anonymous for personal reasons, spoke about how devastated he was after the experience and how he was abruptly dropped from the competition.

The fashion event [name withheld], which was recently held in Jos, Nigeria, included a pageant competition. The model said his participation in the competition would have helped to boost his profile as he is preparing to become a full-time professional model.

It took him several weeks to prepare for the event, only to be unfairly screened out, he said. He was not the only one who was shocked; others who learned about his eviction were amazed, knowing he did excellently and was therefore qualified to participate, he said.

“Having been rehearsing for a fashion show for weeks, a screening was to be done, and I was screened out. Everyone was surprised because I obviously had the best catwalk (for male models). A text message was sent to everyone, and I was the only person screened out.”

Sensing that something was not right, the model proceeded to inquire what went wrong, and was later told by one of the judges that the reason behind his eviction was that he looked gay.

“I met the man in charge, to know what exactly the problem was, and all he could say was: ‘I don’t like you because you are gay. You use contacts and wear earrings’. Obviously, that was the reason why he screened me out.”

The model said wearing earrings and contacts were part of his brand identity, and no judge or anyone throughout his entire modeling experience had ever complained or called him gay for putting them on, and that the judge was just being homophobic and biased.