The rights of sexual minorities in Nigeria are increasingly at risk, as the LGBT community remains a frequent target for politicians seeking to favor with homophobic voters. The latest example is a new state-level anti-gay bill in Benue State. 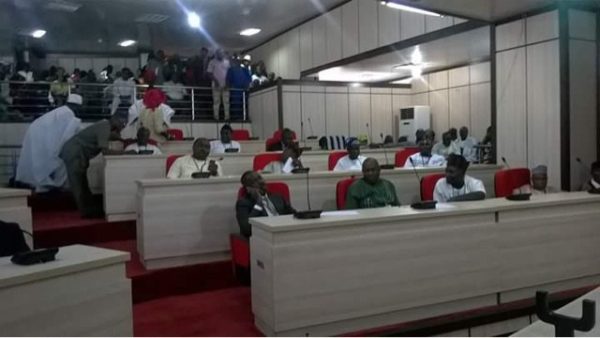 The SSMPA is considered unconstitutional by many legal scholars and LGBT rights activists because it violates rights guaranteed in the Nigerian constitution.

The Benue bill would prohibit “a marriage contract or civil union entered into between persons of same sex shall not be solemnized in a Church, Mosque or any other place of worship in Benue’’.

The bill also would prohibit the registration or recognition of gay clubs, societies and organizations, their sustenance, procession and meeting as well as public show of same-sex “amorous relationship” directly or indirectly, which is a violation of the right to freedom of association and expression, which are clearly stated in various sections of the Nigerian constitution and in charters and treaties that Nigeria has endorsed.

The Benue house Speaker, Mr. Terkimbi Ikyange, presided as the bill was passed in a plenary session after clause-by-clause consideration by the committee of the whole.

Speaking after the third reading of the bill, the Speaker said same-sex unions are alien to the culture and tradition of the state and must be prohibited.

Newspaper coverage of the Benue bill suggested different assumptions about whether the bill is about to become a state law or remains a proposal that might or might not become a law.