Beware: This Nigerian man hunts and blackmails gay men in the country

One Prince Onyedikachi Uche is reportedly on a mission to out and blackmail gay men in the country. 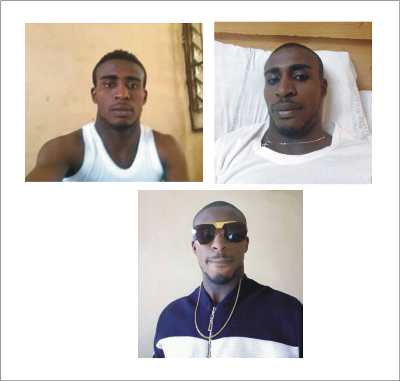 Pictures of Prince of Onyedikachi

According to investigations and reports gathered by NoStringsNG.com, Uche who also enjoys sex with men targets especially married gay men and outs them if they fail to comply with his endless demands.

It was recently reported that Uche blackmailed a married gay man [name withheld] in Aba, Abia State who is said to have had an affair with him. Following the incidence, the man was evicted from his house by his landlord and ostracized from the market where he trades (where he was also dragged to and shamed). The man is now in a very depressive state and too traumatized to reveal the full details.

A further investigation concerning Uche’s whereabouts revealed that he currently lives and works in Aba at Tamuz Hotel near Abia Polytechnic, opposite Edorado Hotel.

NoStrings warns members of the LGBT community to be very careful and vigilant with whoever they interact with and invite into their fold.

Blackmail is a crime and victims are advised to always report cases to the police, but given how complicated LGBT related blackmail cases can be, LGBT persons whose cases are sexuality related can send an email to NoStrings using info@nostringsng.com for advice and assistance.