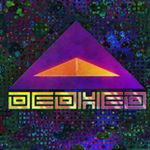 The illustration of the video is done with so much humor, yet maintains a genuine tone while highlighting and explaining the many human implications of the country’s anti-gay law, citing several cases of human rights violations against LGBT persons who have suffered violent attacks as a result of their real or perceived sexual orientation.

Even though the overall approach of the video presentation seems weird and could be perceived as having a stint of dark-humor, it does a very good job of breaking every inch of the law into bits, therefore bringing clarity to serious issues which are generally affecting the Nigerian LGBT community.

In overall, the video is brilliantly done, and does serve its true purpose of exposing Nigeria’s homophobia whilst educating people about the true nature of the Anti-Same Sex Prohibition Act [SSMPA] which was signed into law in 2014 by former Nigerian president Goodluck Ebele Jonathan.

Also, DedHed Media is offering to train females and non-binary persons who are interested in Digital Art such as comics, animation and illustration.