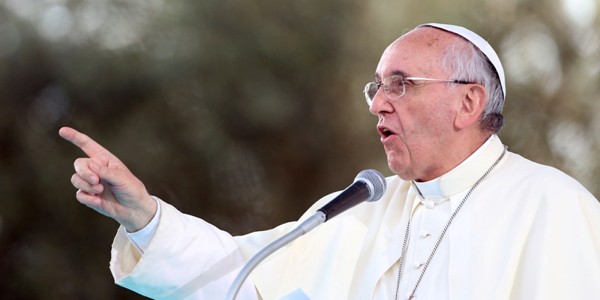 Pope Francis has called for an end to discrimination and violence toward LGBT persons.

On Friday, Francis published his long awaited guidelines on family life; a 260 page document titled, On Love in the Family.

The guidelines are informed by two conferences held in 2014 and 2015, in which bishops from around the world met in Rome to debate issues affecting families.

The Pope’s paper, an official “apostolic exhortation”, does not see any changes to Catholic dogma, which describes homosexuality as a “grave depravity”, “intrinsically disordered” and “contrary to the natural law”.

It does, however, insist that LGBT people should not face discrimination and violence. “Every person, regardless of sexual orientation, ought to be respected in his or her dignity and treated with consideration,” says Francis.

He also states that “every sign of unjust discrimination [against gays and lesbians] is to be carefully avoided, particularly any form of aggression and violence…”

The Pope’s tone is generally one of conciliation and empathy; urging priests to be tolerant and not apply Catholic dogma inflexibly.

“A pastor cannot feel that it is enough simply to apply moral laws … as if they were stones to throw at people’s lives,” Francis says. “By thinking that everything is black and white, we sometimes close off the way of grace and growth…”

The Pope further acknowledges that the nature of families around the world has changed. “There is no stereotype of the ideal family, but rather a challenging mosaic made up of many different realities, with all their joys, hopes and problems.”

The document urges more acceptance towards divorced people by the church and says that violence and discrimination against women, including genital mutilation and job inequality, are unacceptable.

Nevertheless, the Pontiff is empathic in his condemnation of same-sex marriage, an issue that he and the Vatican have consistently opposed.

“…there are absolutely no grounds for considering homosexual unions to be in any way similar or even remotely analogous to God’s plan for marriage and family,” he insists.