Sexuality is indeed complex, and many people often find it hard figuring out who they really are and what they want romantically. 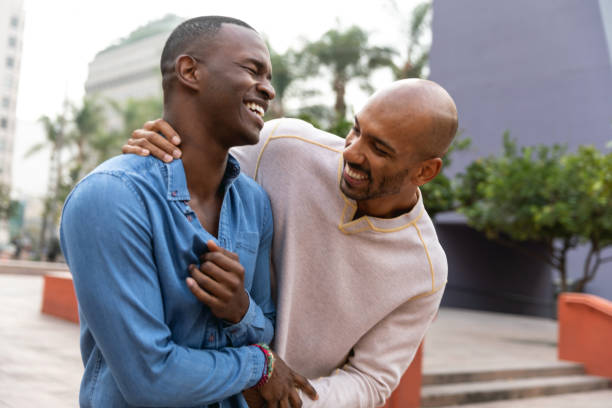 A young man who clearly identified himself as heterosexual said he seems to have fallen deeply in love with a gay man.

According to him, he’s totally into this gay guy romantically but does not entirely feel comfortable with trying penetrative sex with him.

“I love him and I know that for sure, but I enjoy sex with women and I don’t think that I am willing to explore penetrative sex with him. Though we’ve tried and nothing happened, in fact, I think that it’s not something that I am going to actually enjoy as I did not feel the urge to proceed further”

Further into the conversation about what other things he was willing to try with the gay guy apart from penetrative sex, he said:

Many people believe that being gay is all about sex, and in fact, for many, this is one of the things that come to their mind when the issue of homosexuality is raised and this guy is clearly not an exception.

When speaking about exploring the possibility that he could be bisexual, he responded: “I don’t think that I am gay or bi as I do not have any interest in having penetrative sex with this guy. I believe that should form part of the many things that should make me gay”.

However, in a further conversation, he admitted that he wished that he was gay, stating that his desire is to make this guy very happy.

“I wish I was actually gay. I would have loved to do everything to make this guy happy, even if it meant having penetrative sex with him. It will pain me to lose him as I don’t think that I am ready to lose our friendship. In fact, I see that as the only challenge that we might have if we decide to start anything”

- March 26, 2022
TAGS GAYHumpingLGBTNIGERIARomanceSexSEXUALITY
NEWER POSTHeterosexual Nigerian women speak out about being married to gay men
OLDER POSTGay Nigerian teenager gets a new home after being rejected by family