Five heterosexual Nigerian women reveal the pressures and disappointments of being married to gay men.

Names have been changed in the following story to protect the identities of those mentioned. 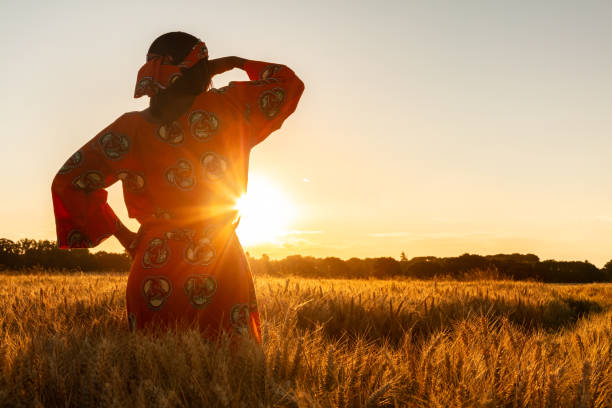 Photo for illustrative purposes only. (Photo  courtesy of Istock)

In societies where homosexuals face severe social stigma and potential criminal penalties under harsh laws, gay and bisexual men often turn to marrying straight women either to hide their own orientation or meet social and family expectations.

Queer men in Nigeria often say they choose to marry women to preserve the privileges that are afforded to them when they “pass” as heterosexual.

Phillip, a Lagos-based Nigerian bisexual, says his job at a top tech consultancy firm would be at risk if he were known to be queer.

“I love men and if I am given the opportunity I will choose to marry a man. But how can I even do that? Everything is on the line here. I will lose everything including my precious job. In fact, I’ll be jailed and humiliated. I can’t stand all of that, that’s why I am going to marry a woman, and of course, she doesn’t have to know,” Phillip says.

But while queer men face extreme social pressures to conform and marry women, this can put their female partners in difficult situations as well. To explore these struggles, five straight Nigerian women who married gay and bisexual men shared their stories.

Judith, a mother of two teenage boys, says though it wasn’t entirely bad being married to her ex-husband, whom she described as “loving and caring.” But she admits that it was really painful to discover that her husband lied to her throughout their marriage.

“What pains me is that he deceived me. He loved men, yet married me. After I found out about him and his young lover, he admitted that he never loved me, but liked me and that he won’t be able to change,” Judith says.

“We were married for 15 years. I don’t think I will be able to forgive him even though he was a good man and took care of us. He is a very loving and caring man. I will admit that about him,” she says.

Not every woman who is married to a gay or bisexual man is completely oblivious to his sexual orientation. Elisa, whose marriage did not endure a full year, says she was aware her ex-husband was gay.

“I knew about who he is from the very beginning. We spoke about it several times, and he sounded like someone who was also eager to change,” Elisa says. “But it all crashed after I caught him crying one night that he was tired of denying his true nature. He said he was no longer happy.

“I tried everything, even seeing our pastor, but nothing changed. He became even more miserable and depressed. It was last year that we both decided to go our separate ways after eight months of being married,” she says.

“I gave him everything”

Due to widespread misconceptions about homosexuality, many believe that being gay is all about a lack of access to sex with women. Victoria, an Enugu-based fashion designer, is one of those who believed so but is now very disappointed and shocked to find out that this is false.

“Everything is still a dream to me. I loved him, gave him everything that a good wife gives to her husband, I never cheated on him, not to talk of the numerous times we had sex, yet he chooses to remain in that dirty act. Sleeping with a man like him, so disgusting. It is not easy leaving, but I can’t remain in that marriage” Victoria says.

“He only wanted my womb”

Some gay and bisexual men find selfish reasons to justify marrying women. Agnes, a 27-year-old banker, says her husband told her that all he wanted was to have kids and the only option was to marry a woman.

“I feel completely used. How wicked. He only wanted my womb,” Agnes says. “After three years of being married to that scumbag, he told me he was leaving the marriage and that I wasn’t the kind of woman he wanted. Something was so off, so I had to dig him. To cut the long story short, it turned out he was gay and tired of being with a woman. I exposed him before leaving, and I am sure he will forever regret it.”

“All I feel for him is pity”

Sometimes, gay and bisexual men are pressured by their families to marry women.

Patience, a Lagos-based fruit seller, is in a similar situation. However, she seems to have accepted her situation with some positivity. She says she doesn’t quite blame her husband for not letting her know that he is gay before he proposed, stating that her husband was pressured by his family.

“I understand with my husband. He is the only son of his family and they want him to marry so that he can continue the family’s lineage. But I am not happy,” Patience says. “Every time he leaves the house I am afraid. He likes young boys. It was after I caught him sleeping with our house help that I knew. Now all I feel for him is pity. I am going to stay with him because we have a child together and I can’t raise my child without him.”

Here’s a newsletter every Nigerian lesbian, bisexual and queer woman should read

The struggles of lesbian, bisexual and queer Nigerian women – Owen