A review of Dakan: the first West African gay-themed film 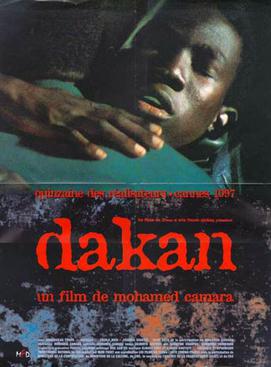 The film has been described as the “first West African film to deal with homosexuality”.

The drama-film Dakan is a proof that homosexuality has always been an issue in the African society; yet, none can deny the surety of love and the sincerity of what same sex couples feels, which is as genuine, prone to trials and can stand the test of time just like any heterosexual love. This alone tells that love is love.

In the film, the characters Manga and Sori are two teenage students whose love for each other spread around their school and are enviable amongst their peers. Unlike the contemporary African society, the duo is a symbolism for today’s gay allies and activists who do not try to deny the love they see in any duo’s eyes.

Relatively, the school shows a picture of a society that believes in the equality of love. However, the two lovers struggled to be accepted by their parents only on the “selfish ground” of procreation.

Apart from the class structure, an excuse for Sori’s father, Manga’s mother considered seeing a diviner to cure her “sick” son; same way Bobby’s mom (from Prayers for Bobby) tried to pray her son’s gay away.

To seek a “cure” for homosexuality is never a new thing even in the African society but none involved the inhumane act of lynching, shaming, criminalization etc. In fact, it was something they discussed just like any other issue.

The writer and producer, Mohamed Camera had revealed that ‘Africans had always sought to cure homosexuality’.

Apart from the religiosity of praying the gay away, another attempt to cure homosexuality, is rape which is a cruel and an insane act practiced in some African countries. These very acts are not surprising but a proof of how humans have moved from being empathetic to being cruel and wanting to play god in people’s lives.

Another failed attempt to alter the duo’s sexual orientation was when they were forcefully separated and forced into heterosexual relationships, but despite their love trials, in the end, they were re-united and eventually blessed by Manga’s mother.

Dakan(Destiny) narrates how Africans have perceived homosexuality but with an unusual message of letting love be compared to the so many lopsided narratives in today’s African media.

Manga and Sori are two symbolic characters who have chosen to define love and express it with whom they feel attracted despite the challenges and persecution. This act is a noble one to their conscience and the innocent lover. The truth is our society can never be void of people like Sori and Manga.

The school community represents a people who have chosen to be friends and supports to fellow Africans to be true to who they are. A foreshadowing to the future.

The diviner represents the futility of spiritual help to seemingly cure what is meant to be. Like Bobby’s mom resolutes to the fact that her son was never sick when it was very late.

While Camara’s Dakan has been described as the first African voice to speak up for love in a different shade, the movie is of hope for anyone who feels attracted to his own kind. This is a call that; love is love and should not be denied.

See the film below: