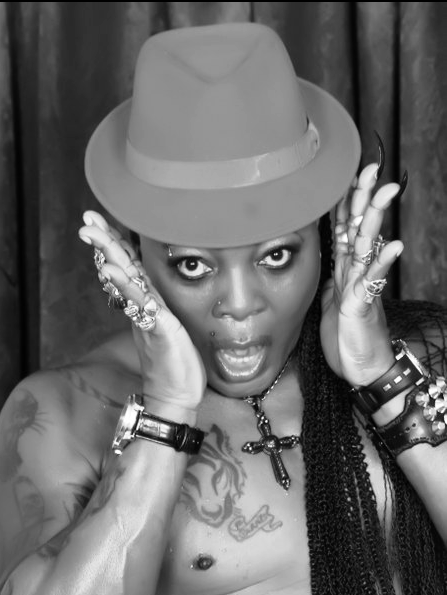 Charly boy went on to his official Facebook page to express his disapproval of their behavior.

Find below what he had to say.

“I consider myself a liberal minded kinda fella. I try never to judge, even though total strangers have been ignorantly unkind and judgemental about my treasured brand, Charlyboy. I have walked my journey guided by the philosophy, “live and let live”.

Recently, there was this trending story of an American who married his Nigerian gay partner, David Shoen-Ukre, in New York on July 30, who accused Nigerian bloggers, of causing the couple harm by publishing their stories without permission. The rain of curses/abuse, and the terrible judgemental comments that ensued after the story broke, was incredible. Many concluded that the couples were Evil. I have never seen hate and ignorance come so alive in words.

While I cannot speak louder than the stupidity of other people who will disagree with me on this, NO, being gay is not Evil!!

A man marrying a man maybe a hard pill for a lot of us to digest, but the world has changed even since I took a dump this morning.

Don’t judge others simply because they sin differently than you. Every aspect of humans are diverse. Skin color, tribal marks/culture, height/weight, religious beliefs/tastes, everyone thinks differently and are different. We see what we see from where we stand.

What is Evil to me, are the men in Agbada/Uniform who sold are country, our future and rendered most of us hopeless, future less, obnoxiously poor in a land filled with plenty. They are the VERY EVIL ONE’s, and we are feeling the effect of their EVIL.

I have always said that people’s sexual preferences are their cup of tea. Even though many will swear that I am gay too, hummm for dem pocket. I however must confess, that I have a few close associates, casual friends who are Gay, and I truely don’t mind their company or friendship. Infact I have found the few of them, with very warm hearts, and fantastic soul. Yes o!

And for those modafuckers who would want to come and quote bible for me, this is a peace from the same Holy book.

Titus 3:2-7
To speak evil of no one, to avoid quarreling, to be gentle, and to show perfect courtesy toward all people. For we ourselves were once foolish, disobedient, led astray, slaves to various passions and pleasures, passing our days in malice and envy, hated by others and hating one another. But when the goodness and loving kindness of God our Savior appeared, he saved us, not because of works done by us in righteousness, but according to his own mercy, by the washing of regeneration and renewal of the Holy Spirit, whom he poured out on us richly through Jesus Christ our Savior. Shey you grab?

So?
Let’s make sure our comments are germane to the topic, let’s be concise in our comments, demonstrating respect for people and ideas whether we agree or disagree with them and limit ourselves to decency. Make we no dey show how small our mind dey. I don talk my own o”

Want to add something? Drop your comments below.