Nigerian Anglican primate warns clergy to stay away from homosexuality

Most Reverend Bishop Nicholas Okoh, Primate of the Anglican Church in Nigeria has in a statement yesterday, warned members of the clergy who are homosexuals to resign or risk being disgraced out of the communion. 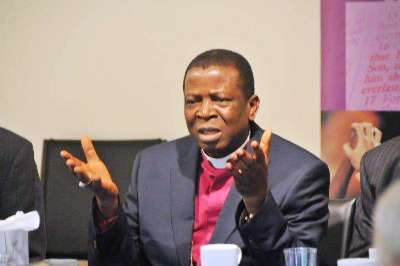 Okoh handed the warning at the opening ceremony of the All Anglican Clergy Conference holding at the premises of Benue State University (BSU) in Makurdi. He reiterated the anti-gay stand of the Anglican Communion and advised members of the clergy, who have gay tendencies to resign their position honorably or risk being disgraced out of the Church.

To many, the bible’s true narrative and stand concerning homosexuality remains unclear, while many still settle with the popular teachings of the church against homosexuality without looking deeper.

Yes, as long as Christianity is concerned, the bible condemns all forms of immorality, but a careful study of the bible in its original context, will show or rather prove that God is not against same-sex relationships neither does he want to see people hate or discriminate against other people for whatever reason. Rather he urges people to show love and respect to all men, as commanded by his son Jesus Christ whom the Christian faith is built upon. Read: 1 Peter 4:8, 1 John 4:7-8, John 13:34-35, 1 John 3:15-16