The environment needs to be made safer for lesbians, gay men & bisexual individuals by Dr Olakunle A Ogini 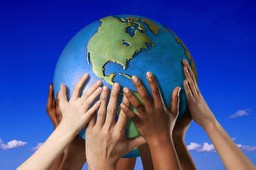 Science is still at odds to explain how people come to be homosexual. It had been thought that sexual orientation is a voluntary, consciously adopted behaviour with the implication that LGB (Lesbian, gay & bisexual) individuals can equally voluntarily ‘unchoose’ their sexual orientation. However, attempted treatments based on this approach have been largely unsuccessful2. Others have suggested that perhaps gay men & lesbians convert young children to a homosexual orientation but there is no evidence to support this2. Some decades ago, researchers began to suggest that biological factors such as hormones, events that occurred to the foetus (developing baby) in pregnancy are responsible for homosexuality. More recently, scientists have found that brain areas, which differ between heterosexual men and women, also differ between gay men and women and heterosexual men and women4. This difference has also been found among animals. Yes! Animals also demonstrate/exhibit homosexual behaviour–in fact, one out of every eight rams will ‘prefer’ to mount another ram!5 In a nutshell, while what makes a person homosexual is still far from being completely understood, it is clear that no one wakes up one day and decides that they want to be homosexual. There are a lot of innate and environmental factors that determine this.

The possibly earliest depiction of homosexuality is that of Niankhkhnum and Khnumhotep in ancient Egyptian art dating to around 2400 BCE6. Previous civilizations such as the Greeks and Romans recognized and tolerated same sex activity. The picture of homosexuality in ancient Africa is somewhat obscured by the prejudices of early anthropologists. Murray & Roscoe report early records as indicating that the African race was thought to be too pristine to conceive of this ‘moral pestilence’ [homosexuality]7. However, a few years later, anthropologists reported same-sex sexual activity among native herdsmen. This problem is further compounded by the present day eagerness of African countries to eschew any same sex related acts. This attitude might be explained by the antipathy of the imported religions – Christianity and Islam and is rationalized by cultural sentiment6. Perhaps the `yan-daudu’ among the Hausa remain the cultural vestige of same-sex sexuality in traditional Nigeria7. They constitute men who take on female mannerisms and other modes of living including dressing as well as same-sex partners. They were largely tolerated, albeit as members of a cultural minority, but are the objects of societal scorn and ridicule in present-day northern Nigeria.

The current atmosphere in Nigeria is one of legal sanction with several laws in the constitution criminalizing same sex acts and unions8, 9. Social opinions are also unanimously ‘anti-homosexual’ (homophobic) with obviously effeminate men; masculine women and known homosexual persons forming targets for prejudice, stigmatization and discriminatory acts. Their parents may disown young people caught in homosexual acts; adults may be mobbed by crowds; blackmailed by individuals and harassed by the police.

The reader may wonder what all these have got to do with depression. Research from western countries shows that gay men and lesbian women are up to 3-4 times more likely than heterosexual men and women to be depressed and this has been corroborated from research in Nigeria10, 11. A common misconception in the general public about depression is that it is `just an emotional state’ which can easily be shrugged off probably just as easily as it was shrugged on in the first place. It is however more than that; it is characterized not just by extreme and undue feelings of sadness but also by an inability to derive pleasure from usually pleasurable events, a lack of energy, inability to concentrate; pessimistic thoughts about the future and thoughts of actually killing oneself; to mention a few12. In fact, depression is the most important risk factor for suicide13.

Currently, three to four out of every hundred Nigerians will experience depression in their lifetime14 and it is projected that by 2030; it will be the leading cause of disability (difficulty with performing ones roles) worldwide15. Depression may directly lead to death through suicide; may be associated with reduced productivity at work; or side effects of using alcohol and other drugs to help cope with depression. Family members of people with depression also suffer as they often cannot understand the change in their relatives, may expend time and money in seeking treatment for their loved ones and may be the guilty survivors when they carry out suicide.

The causes of depression are also still being unravelled; however, it is recognized that depression arises as interplay of several factors. These include social factors, psychological factors and biological factors. Biological factors include genetics, which may place a person at risk for developing depression. Others include hormones (e.g. excess cortisol, low thyroid hormones) and reductions in brain chemicals (neurotransmitters) such as serotonin12. Social factors for LGB individuals include the hostile environment in Nigeria – described earlier; on account of which homosexual individuals take great pains to conceal their homosexuality.

These social factors trigger psychological processes, which further stress the homosexual/bisexual individual. The constant vigilance required to protect disclosure of their sexual orientation means that the gay person is constantly under tension and because of the prevailing negative attitude; he is unable to seek useful support and information. This is compounded by his expectation of being stigmatized and discriminated against; and even when this is not immediately apparent, he is in constant dread of it. It has been suggested that this expectation of being stigmatized has a stronger negative impact than the actual experienced discrimination. Perhaps a most significant factor is what has been termed internalized homophobia, which is simply explained as self-directed hatred on account of one’s homosexuality2. It appears immediately paradoxical that hatred should be directed at oneself. Prior to discovery of a homosexual orientation, an individual imbibes the mores, norms and ideals of his culture, including in this case, homophobia. Thus, it becomes natural that in recognizing homosexual tendencies in oneself, the negative attitudes are directed at the self. This may manifest in efforts at changing the sexual orientation. The expectation of stigma; the concealment of sexual orientation and consequent loneliness as well as internalized homophobia may directly trigger episodes of depression which may sometimes be lifelong. Other attempts at coping with an undesirable sexual orientation include a denial that such a situation exists and excessive use of psychoactive substances such as alcohol, cannabis, cocaine, codeine, heroin, and many others, all of which may result in depression in addition to other adverse consequences.

The interactions between these factors include the fact that long-term stress – psychological and social – has been found to be associated with increased production of the `stress hormone’ (cortisol) which when over-produced for long periods is associated with reductions in the production of brain chemicals (neurotransmitters and factors) which lead to brain changes found in depression12. Furthermore, because of the high level of risky sexual behaviours among gay men (worldwide as well as in Nigeria); they are at a higher risk of contracting HIV infection. HIV infection is associated with a lot of stigma, which may also increase the risk for depression16. Finally, LGB individuals have been found to have poor relationships with their parents; and thus may have little/insufficient support when they are depressed. This is compounded by the fact that very few of their associates-friends and other family friends are aware of their sexual orientation.

The problem with depression among Nigerian LGB individuals is hydra-headed and thus requires a multidimensional approach. The environment needs to be made safer for lesbians, gay men & bisexual individuals; factual information about homosexuality needs to be provided and disseminated to the public and policy makers need to be engaged and confronted with the adverse mental health impact of Nigeria’s discriminatory stance. More research needs to be carried out to determine what the mental health status of LGB individuals in Nigeria is. Mental health support needs to be readily available in the form of LGB-friendly mental health-care providers, as well as safe spaces where they can receive emotional and instrumental support without fear of discrimination.