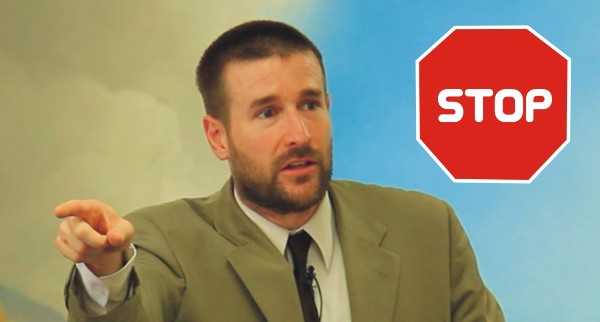 “50 less pedophiles in this world” – Those were the disgusting words U.S. Pastor Steven Anderson used – in his church – to “celebrate” the massacre in Orlando last month. If that wasn’t outrageous enough, Anderson is now planning to go to South Africa to spread his hate, and thousands have raised their voices to say he is not welcome there. (Click HERE to watch his video)

Hendrik Baird, from Gay SA Radio, said “after the South African government abstained from a UN vote to establish a LGBTQI watchdog, we need to remind our leaders to take stronger action to protect LGBTQI rights.”

South Africa’s constitution is the first in Africa that guarantees the rights of LGBT people. Although that same constitution protects freedom of expression, hate speech is explicitly excluded. In 2014, the Dalai Lama was denied an entry visa when he applied to attend the eventually canceled Nobel Peace Summit in South Africa.

Click HERE to view the petition to keep Steven Anderson out of South Africa.

All Out is working to build a world where no person has to Sacrifice their freedom or faith, safety or dignity, because of who they love or how they identify. We have engaged over 2.4 million people in every country on the globe.

Have your say below.

- September 6, 2018
TAGS AlloutGaySA RadioPetitionSouth AfricaSteven Anderson
NEWER POSTMy Concern for Homosexuals in Nigeria – Yomi
OLDER POSTWhat does it mean to be a man in Nigeria?