A shocking response from a Nigerian mother to her gay son

*Adebayo, a Nigerian gay man, recently came out to his mother expecting a typical African mother’s response; instead what he got surprised him. 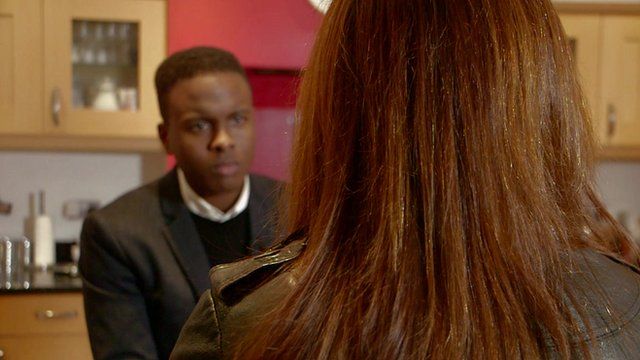 Adebayo fondly known as Bayo told NoStringNG.com about how he came out to his mother while they were together in a church. He said that his fear did not come instantly, but few minutes after he told his mother that he is gay.

“I didn’t get any rush of relief or anything. Although when it happened, I wasn’t scared, cos I’d always wanted to, but minutes later, I got this surge of fear coursing through me”

A lot of Christians in the country are very homophobic mostly due to ignorance and scriptural misinterpretations. A large number of its leaders even speak openly against homosexuality.

It was in the middle of a homophobic sermon that Bayo came out to his mother after the preacher said things he described as ‘choking’ about homosexuality.

He said;
“We were at church and the topic of marriage between a man and a woman as usual veered into the topic of homosexuality and I felt like I was choking, I was mad at what I was hearing, and I decided to tell my mom.

According to Bayo, his mother who at first did not seem to react in any particular way, became shocked when he told her again on their way home. He also said that coming out to his mother was something he has been planning on doing for a long time but never found the right time to do so.

Bayo said that his mother, who is a Christian, seems to be surprisingly at ease with his coming out though slightly shocked and curious.

“She’s a Christian with values that would not make it so easy to change her perception of the gay idea.

“She took it well, I’d say. She wasn’t angry. Just shocked, had lots of questions. Still, does. She even asked up to the point of, “how do they have sex?

Bayo is optimistic that his mother will someday come to a full understanding that being gay is normal just like heterosexuality. He said that his mother is now planning on speaking to a doctor on the issue.

“She said she would talk to a doctor. I’m still hoping for the best”

*This is a true story, but the name used here has been changed due to the sensitive nature of this article to protect the identity of the individual involved. Pictures used here is for illustrative purposes only as they do not in any way have anything to do with the people talked about in the story.