A branch of The Mountain of Fire and Miracles Ministries (MFM) in England has reportedly offered a cure for homosexuality through what can be described as a ‘dangerous’ therapy. 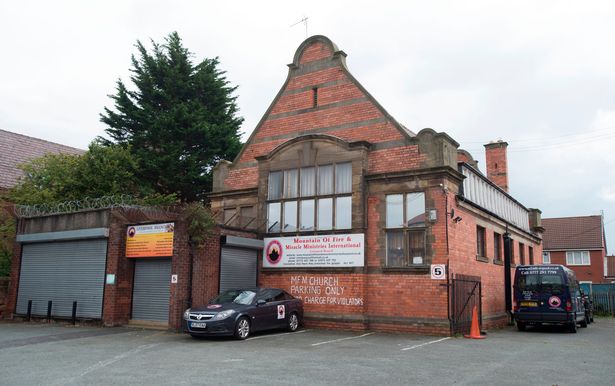 Exterior of the Mountain of Fire and Miracles Ministries in Breck Road, Anfield. (Image: Liverpool Echo)

It was recently reported that the Breck Road branch of the church in Liverpool offered a three-day starvation (Fasting & Praying) programme aimed at turning gay people straight.

The programme was exposed by an ECHO undercover reporter who posed as another member of the public battling with their sexuality. The reporter was invited for a private counseling session with the church’s assistant pastor where he was then told that being gay is biologically wrong and could be reversed through a prayer therapy which will correct the anomaly and “allow him to marry and have children.” He was also told that being gay is “not what God wants”.

The assistant pastor of the church who identifies himself as ‘Brother Michael’ further stated that in order for the therapy to be effective, the reporter will have to ‘humble his soul’ by embarking on the fast for 24 hours before taking part in a weekly prayer session.

The church pastor, Dr. Desmond Sanusi, however, stated after an ECHO reporter confronted him that the church does not discriminate against anyone’s sexuality.

He further stated that the said Brother Michael was acting under his own guidance.

However, MFM’s Liverpool-specific branch advertises their ‘deliverance’ therapy as a course offered every three months.

The church which was founded in Nigeria by Daniel Kolawole Olukoya has thousands of branches around the world, and 90 branches in the UK including Liverpool and Manchester.

Doctors and LGBT campaigners have described MFM’s therapy as “dangerous” and “extremely concerning”.

Rossella Nicosia, mental health lead at LGBT Foundation, said: “Nobody should be told that their sexual orientation is a mental health disorder and consequently be offered treatments in order to ‘cure’ their identity.

“Offering to change a person’s sexual orientation and/or gender identity would reinforce the notion that these feelings are wrong or unnatural. This perpetuates the mistaken belief that being LGBT is a disorder needing treatment.

- January 8, 2019
TAGS ChristianityChurchCureGAYHOMOSEXUALITYRELIGION
NEWER POSTPolice are crossing the line; it’s not a crime to be gay in Nigeria – Olumide Makanjuola
OLDER POST“I have no problems with homosexuals”– Nigerian on-air personality says