Sex in a committed homosexual relationship is not bad, Archbishop says

Dr. Barry Morgan, the Archbishop of the Anglican Church in Wales, has asked people to stop condemning homosexuality, and to change the views on the issue. 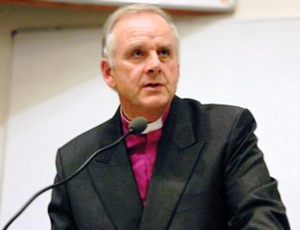 In his retirement speech, archbishop Morgan urged Christians to reconsider their stance on sex in gay and lesbian relationships, Queerty reports.

He also advised people to stop basing their condemnation on the Bible, because there is no “one settled understanding of what the Bible says” on sexuality.

“What all this shows is that within the Scriptures themselves, there are radical shifts in understanding what it means to discern the will of God.

It absolutely will not do to quote texts from parts of the Bible in a simplistic way without reference to their contexts,” he added.

Referring to slavery as one of the issues that has experienced change in the church, he said: “what all this amounts to is that one cannot argue that there is one accepted traditional way of interpreting scripture that is true and orthodox and all else is modern revisionism, culturally conditioned…so taking the Bible as a whole and taking what it says very seriously may lead us into a very different view of same-sex relationships than the one traditionally upheld by the church.”

“We are not thereby abandoning the Bible but trying to interpret it in a way that is consistent with the main thrust of the ministry of Jesus, who went out of His way to minister to those who were excluded, marginalized, and abandoned by his society because they were regarded as impure and unholy by the religious leaders of his day, either because of their gender, age, morality or sexuality,” he continued.