Seun Idris, a Nigerian man talks about his coming out as gay in Nigeria 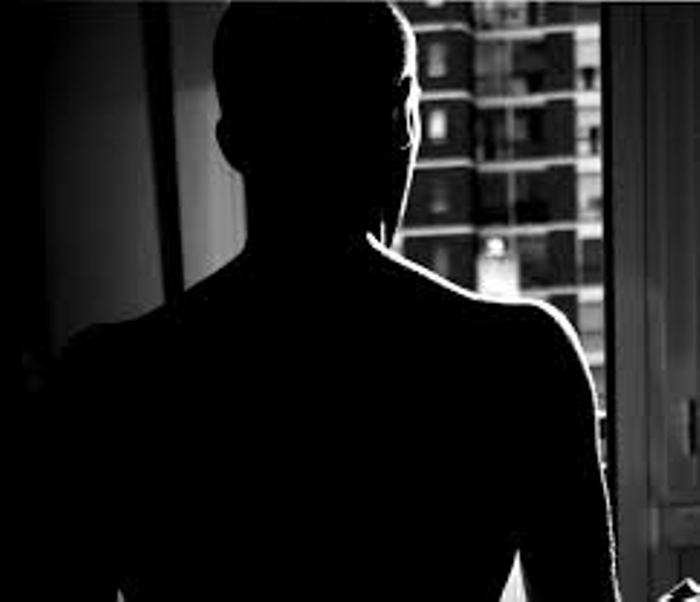 Seun Idris a young Nigerian University undergraduate student, has spoken to NoStrings in an exclusive interview about his coming out as gay on Facebook in Nigeria, and what followed after.

Hello Seun, please can you in a short detail, tell us about yourself as a gay man living in Nigeria?

Hey. I am a nervous gay man in Nigeria, and I have grown to be. It has been that I always have to watch before I take a step in my life. It is crazy! I found out that I am gay ever since I have been wise. I remember well, that I told my brother I’d like to get married to a neighbour of ours when I was 7. I can also date back to those years, when my uncles’ friend frequently told them I was gay.

Please, when did you find out that you are gay, and how did the discovery happen?

I wouldn’t say I suddenly came to the realization of being gay. I just feel it’s from birth, as I do not feel it is a crime. I feel it is natural and real. I wasn’t sick about it.

Which people have you spoken to about your sexual orientation, and how are they taking the whole thing, especially your family?

I have spoken to quite a number of persons, including my family. Let me begin from the onset.

I initially came out on Facebook to my school colleagues at school in 2015. But before I did, I had spoken to my mother’s sister, who happens to be in the UK, about it. It was a conversation over the phone. She told me: “You’ll be fine. I understand you. Just pray to God to help you.” I thought while listening. She asked, “Why are you gay? If it is because of money, I’ll do you some pounds over.” And I was like, “what a freaking ignorance that was!” She made me a little settled, and told me that she will continue to pray for me. The conversation ended.

In mid 2015, when I came out, a lot of threats came with it, especially from school. A girl named Amanda and some guys were my major threat. Amanda screen grabbed the post, and then took it out of Facebook, and broadcasted it through other medium, which was a serious thing for me. As I resumed back to school, a couple of friends accepted me, and I made new ones being myself. Some people were interested in knowing more about being gay, with positivity. Some people were concerned about my security, as I was public. There was a time when my friends and I went to eat outside school. While there, there was a soldier man there, and I was being ‘ORIGINAL’. And then he said, “This one na gay o! Them go don fuck am well well.” I was shocked. I couldn’t talk. To my greatest surprise, my friends raised their voices for me. They blasted this soldier, and I was happy. It would have been something else if my friends weren’t there. I probably would have taken a scar, merely by the statement the soldier had said.

There was a time when Amanda beat me up at school. She dominated me, and tore my shirt apart. I was laughed at. Some of my friends helped me. She was saying, “Gays are not ugly. See this ugly fag o!” It was too public for me. I was embarrassed. I couldn’t go everywhere, all I would get was, “Amanda had beaten you. Lazy woman.” It was painful. I don’t want to date back to secondary school days. Everything is a long story, which I wouldn’t like to expand.

Fast forward to this year when my parents eventually stopped doubting. I was beaten last year, based on my sexuality, by my parents. I had a scar. I believe scars also apply in emotions. I faced it. I was beaten because I rested my legs on a man. I was beaten naked and tied up, which I am used to. My mother preached after the beating, that gay people die very young, and they contact diseases. I laughed.

When they found out this year, it wasn’t too much of a physical injury, it is a lot hearty. My father called me an unfortunate child, and bastard. He said there are some things worse than being a thief. He told my mother that he cannot harbor me that I should change or leave the house in a month’s time. My brother slapped me occasionally. He extorted me on this. My education was stopped. There was a time when I had no access to the Internet. Even till now, I am not permitted to use Facebook. Once I am caught, I don’t know what might happen.

My mother is asking me for a girlfriend. She had Damilola and Miami without my consent, reporting me to them, not knowing they knew before her. She asked if Damilola was my girlfriend, and I said, “Damilola is my friend, and her boyfriend is my friend, too.”

She told me she wanted a girlfriend if I’d like to return to school. I have been treated so badly and differently. It is intensively sad.

Tell us more about this peculiar experience you had in school resulting from your being gay, and how did that experience make you feel?

Getting back to what had happened at school. Well, it has been intense with courage. I have not been scared to be me, happily. Although, I am scared to lose my life soon.

When I resumed back to school, I do not stay in the hostel, but I visited the hostel to say “hello” to my friends. On getting there, the patron was outside, and I greeted him, but he didn’t reply. I went upstairs to see my friends. We later decided to take a stroll, Precious and I. On our way out, we met the patron outside, still. And then he called Precious for some interrogation. After everything, Precious told me,”Seun, I think it’s high time you stopped coming here.” I looked at him, knowing he was going to say something related. I said, ” I know right. Based on me being gay?” He said, “Yes, and it is real. The patron just asked me if you were gay, and I said I do not know. I told him I was going to give him feedback in 3 days, and he said if it was true, he would report you to the school authority.” I laughed. I said there was no problem, that I’d stay off. It was the agreement. And I somewhat kept it.

There was a day when I walked along Pelumi and his girlfriend, with some friends, to buy garri. Heading back some guys were gisting, and were laughing at me. I quickly realised and said, “scumbags”. They attacked me. They almost slapped me, and Pelumi came to rescue me. I was shivering. I felt helpless. I thought I would be dead if I had walked alone. Henceforth, I walked with companion through that path. So sad.

Amanda’s experience was with this. Mind you, all this happened early this year.

Have you been abused or assaulted owing to the fact that you are gay? If yes, then tell us about that experience and how you felt.

Yes. So many times. I remember in 2013, while I was writing my external senior waec examinations. I got abused by police and some mobs because I was supporting a suspect. I was badly planked. I got home and couldn’t tell my parents what happened. I endured the pain for two days, and it was gone.

On my street, I frequently get abused. They taunt me; laugh at me when I walked past, and many other things. I had been challenged, without any support anywhere. My parents support people beating me. A who lot of abuses I can’t go back to.

So, how do you unwind, I mean how do you have fun, giving the very homophobic environment?

Talking and talking! Chilling out with friends, and making out time with sisters. I am that eccentric! I also love to twerk and read. I do my writing too. I own a blog for myself.

What are your future plans, will you get married someday, how about children, are all these part of your agenda?

I’d like to attain my dream of being a thunderous presenter. I’d like to study Mass Communication and Fashion Design. I love make-up too. My dream is an empire.

I will get married when I have security, and have attained what I wanted. I would love to marry a black, sexy American man, and we’ll have two children, a black male and white female.

Do you have any advice for LGBT Nigerians out there, who are scared, or probably thinking of coming out?

I definitely do! Everything in life is a process, as one of my motivator usually told me. And being in the closet is just like leaving in two worlds: a world of expectation, and a world of who I am, secretly.

I am not advising you to be out, if you are not ready for what it takes. It is emotional and sad. To be honest, I wish I was still in the closet. I wish I didn’t have to let people know I am gay. But, I believe someday, I will be happily fine. I am not thinking now, I am considering the future, which matters a lot to me and what I’ll be.

So, be happy being you. And if you feel you’d want a better Nigeria for us, LGBT, we should create awareness. Thank you.

Do you have anything to add? Leave your comments below.