A Nigerian Court has ruled in favor of a renowned human rights and sexual health activist, who sued the Nigerian Police after his constitutional rights were infringed through an illegal detention. 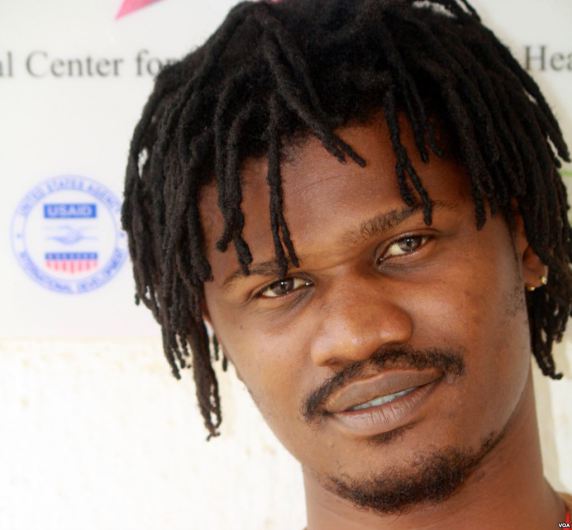 Ifeanyi Kelly Orazulike, executive director of the International Center for Advocacy on Rights to Health (Photo courtesy of VOAnews.com)

Ifeanyi Orazulike, who has advocated for LGBTI rights, is the Executive Director of the International Center for Advocacy on the Rights to Health (ICARH), was arrested at 11.00 pm on the night of October 22nd, 2014, at his office in Abuja, while celebrating his birthday together with  friends, well wishers and staff members.

Orazulike is also the Chairman of KAP, a Board member of AMSHR, Secretary of the Board of Global Forum on MSM and HIV (MSMGF), and who a 2011 Fellow at the Human Rights Advocate Program (HRAP) at Columbia University.

Orazulike filed the successful motion in 2014, against the Inspector General of Police (1st Respondent) and Abuja Environmental Protection Board (2nd Respondent) pursuant to Order II Rules 1 and 2 of The Fundamental Right Rules 2009 as Preserved by Sec 315 of the Constitution of The Federal Republic of Nigeria 1999 (as amended); Section 34,35,40 and 41 of the Constitution; Articles 6,9, (2), 10(1), 11 and 12 of The African Charter of Human and People’s Rights (Ratification and Enforcement) ACT, CAP 49, Laws of Fed of Nigeria.

In his affidavit Orazulike told the story of the raid and detention, which he described being humiliating and dehumanizing. No charges were made against him.

Justice A. Abdu-Kafarati, of the Federal High Court, Abuja Judicial Division, ruled against the First Respondent, the Police, in favor of Orazulike, noting the detention had been unlawful, violating Orazulike’s constitutional rights and ordering the 1st Respondent to pay NGN1,000,000 and to publicly apologize to Orazulike.

Back in 2014, we reported that Orazulike’s detention occurred, coincidentally, mere hours after a Nigerian Court threw out a case seeking to squash the new Nigerian Anti-Homosexuality law, The Same Sex Marriage (Prohibition) Act, known as the ‘Jail the Gays’ law.  The attorney who brought that case represented Orazulike in this case.

The attorney representing Orazulike was Mike Enahoro Ebah, of Enahoro and Associates, based in Abuja, Nigeria.

We spoke with Mr. Ebah who informed us that he was delighted with the judgment, noting: “ We shall enforce the judgment which orders the Nigeria Police to pay N1,000,000 to Ifeanyi Orazulike and to make public apology to him in two national dailies. We shall ensure this is complied with.”

The original arrest and filing of lawsuit can be viewed HERE